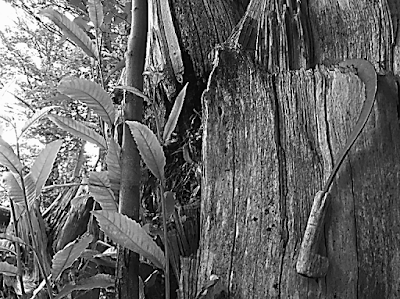 Gotta go to Pía Paxaro to Boca do Faro
lay me down in the Campa da Lucenza in the clear.
Gotta go to the Devesa da Rogueira and to Donís
to Rebolo to Pinza and to the Chao dos Carrís.
Gotta go to Lousada and to Pacios do Señor
to Santalla to Veiga de Forcas and on to Fonlor.
Gotta go to Cebreiro and pass through Liñares
climb up to Iribio to Cervantes and Ancares.
Gotta go to Cido and to Castro de Brío
descend and walk by the banks of the río.
Gotta go to Céramo cross the Faro and then
head down the mountain to Oéncia and León.
Once out to Pena da Airexa and Vales I’ve been
I’ll head alone to an upland where I cannot be seen.

UXÍO NOVONEYRA (1930-1999) was born in the tiny village of Parada de Moreda in the remote Courel mountains of Galicia, where the uplands have been cultivated by his people since late Neolithic times. His first book of poems, Os Eidos (The Uplands, 1955), gave him instant renown. In Madrid from 1962 to 1966, he worked reading world poetry on State television, and his performances were acclaimed. Visual poetry and calligrams were key to his work: the gesture of the body meeting language as if for the first time. In the 1980s, he settled in Santiago de Compostela. He served from 1983 as president of the Galician Writers’ Association (ALG), and remained highly critical of political and cultural authorities, defending Galician language and culture relentlessly until his death. His oeuvre is radical, committed, penetrated deeply by the memory of the land and by defiance in the face of institutional power, and yet intensely present to solitude, love, and death.

ERÍN MOURE was born and grew up in sight of the Rocky Mountains and has lived with asthma’s complications all her life. She has published 17 books of poetry, a coauthored book of poetry, a volume of essays, a book of articles on translation, a poetics, a memoir, and a regional history, and is translator or co-translator of 17 books of poetry and two of creative non-fiction (biopoetics) from Galician, French, Spanish, and Portuguese. She is currently translating The Uplands and, with Roman Ivashkiv from Ukrainian, Smokes by Yuri Izdryk. In the future she will translate The Radiance of Life from the French of Chantal Neveu. A new book of her poetry, The Elements, will appear in 2019 (Anansi), as will her translation of the marvellous Camouflage from the Galician of Lupe Gómez (Circumference, USA).