new from above/ground press: The Children, by Katy Lederer 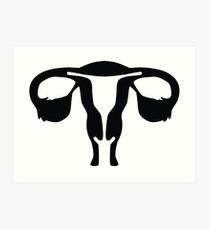 Sometimes, in the middle
of the night, our children will
insist that we tell them a story.
In the story, after heavy
rhyme and insistent inculcation
of our cultural mores,
our children will look down
at our apparent missing limbs,
which remind them
that they should not touch,
and, if they do decide to touch,
that absence can feel presence.
It can be difficult, this lesson,
and the children are defenseless
as we read to them this book.
They like to flap their hands
and look: at animals that long ago
died out. They roar and raise
their trunks. They lurk, alertly,
in their dens. We wonder
what has happened to their spirits
and discover, as an exercise,
such thinking is instructive.
Where is the presence
and the absence in this book?
The world is full of lulls
and shocks. To describe them all
would take a million lives.
What would it mean
to use up our one life like this?
And so we peel the pages back.
It is a treasure, this book.
It is a treasure beyond
the other treasures in the world
because the book is like
nothing. It is blank
with little colors, there.
Made from deciduous forest
and the end of time. We had once
walked along the boardwalks
very bored, in heavy weather,
under moonlit stars.
We had once held
our children in our arms.

Katy Lederer is the author of the poetry collections Winter Sex (Verse/Wave Books), The Heaven-Sent Leaf (BOA Editions), and The bright red horse—and the blue— (Atelos), as well as the memoir Poker Face: A Girlhood Among Gamblers (Crown). She is the editor of The Collected Explosive Magazine (Spectacular Books). 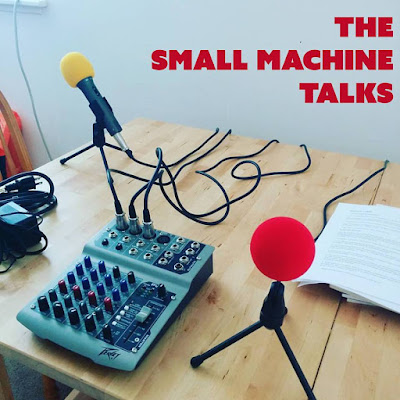 Phil Hall has a new poem up at Halibut Haiku; Amanda Earl has a new essay up at my (small press) writing day; Brenda Iijima has new work in issue #8 of DATABLEEDZINE; natalie hanna has a new poem up as part of the "Tuesday poem" series over at dusie; and Amanda Earl's The Small Machine Talks interviews Faizal Deen.
Posted by rob mclennan at 12:01 PM No comments:

above/ground press at Word on the Street, Toronto + Vancouver; September 24, 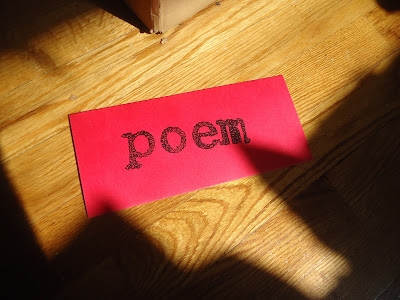 above/ground press will be represented at both the Toronto and Vancouver editions of this year's Word on the Street! Thanks much to WOTS, as well as The League of Canadian Poets, for their continued support:

Toronto: Head on over to The League of Canadian Poets booth, Writers Block Table 12, and pick up a copy of an above/ground press broadside! I really dug through the archives for this one, pulling out poems published throughout the past fifteen years, and there will be a whole mound of poems and authors to choose from, including poems old and new by derek beaulieu, Sandra Ridley, rob mclennan, Eric Schmaltz, Fred Wah, Gwendolyn Guth and a slew of others. Get them while supplies last!

Vancouver: Stephen Collis will be reading as part of the Vancouver launch of his chapbook FIRST SKETCH OF A POEM I WILL NOT HAVE WRITTEN! He, of course, will have copies of the chapbook on-hand for anyone interested.

Posted by rob mclennan at 11:04 AM No comments: 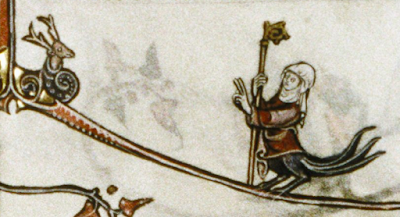 Jordan Abel is part of a new editorial board at Wolsak and Wynn; Marcus McCann has a poem, "Sex at thirty-one," over at Lemonhound; Colin Morton and rob mclennan participate in "my (small press) writing day"; and Sacha Archer has a new visual poem up at h&.
Posted by rob mclennan at 10:02 AM No comments: 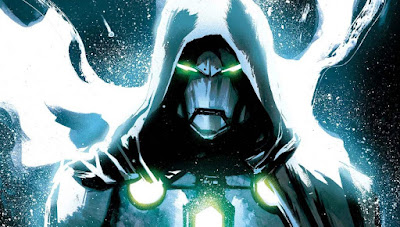 And 20th anniversary reissues of titles by Gil McElroy and John Newlove are already scheduled for 2019! Gah!
2018 annual subscriptions (and resubscriptions) are now available: $65 (CAN; American subscribers, $65 US; $90 international) for everything above/ground press makes from the moment you subscribe through to the end of 2018, including chapbooks, broadsheets, The Peter F. Yacht Club and Touch the Donkey (have you been keeping track of the dozens of interviews posted to the Touch the Donkey site?).
Anyone who subscribes on or by November 1st will also receive the last above/ground press package (or two) of 2017, including those exciting new titles by all of those folk listed above, plus whatever else the press happens to produce before the turn of the new year, as well as Touch the Donkey #15 (scheduled to release on October 15)!
Why wait? You can either send a cheque (payable to rob mclennan) to 2423 Alta Vista Drive, Ottawa, Ontario K1H 7M9, or send money via paypal to rob_mclennan (at) hotmail.com
Posted by rob mclennan at 9:15 AM No comments: 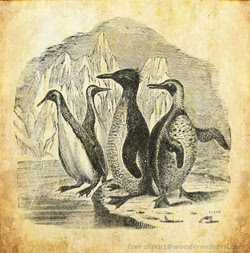 Eric Baus has a new poem up at Poets.org; Amish Trivedi has a new essay up at my (small press) writing day; Rae Armantrout wrote on John Ashbery for The New York Times and derek beaulieu is interviewed by Nancy Ellen Miller.
Posted by rob mclennan at 1:42 PM No comments: