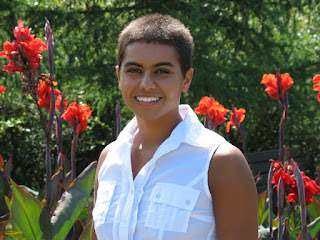 ALBERTA SERIES #6
24 pages, 8 1/2 x 11
produced in an edition of 200 numbered copies in Edmonton, Alberta by above/ground press a part of above/ground press’ ALBERTA SERIES, February 2008.
designed by mdesnoyers
Jenna Butler [see her 12 or 20 questions here] was born in Norwich, England in 1980, but has spent most of her life on the prairies of western Canada. The landscapes of the prairies and mountains – their severity and incredible richness – feature prominently in her poetry and fiction.

Butler’s work has appeared in numerous literary magazines, journals and anthologies in Canada and abroad. Her poetry has garnered, among others, the James Patrick Folinsbee Prize, and has been produced by the CBC. She is the editor of more than twenty collections of poetry in Canada and Europe, and is the founding editor of Rubicon Press.

She currently makes her home in Edmonton, Alberta, where she lives with her husband, and works as a teacher, editor, and book reviewer.
Mail all your money (payable to rob mclennan) to:
rob mclennan, writer in residence
Department of English and Film Studies
University of Alberta3-5 Humanities Centre
Edmonton, AB T6G 2E5
$6 (+ $2 for postage; outside Canada, $6+2$ US)
(while supplies last; produced in a numbered run of 200 copies)
above/ground press subscribers rec' a complimentary copy;
2008 subscriptions still available
Posted by rob mclennan at 7:52 PM No comments:

A B Series #6:
Ottawa Night in The A B Series

for further info, click here;
Posted by rob mclennan at 5:43 PM No comments: