new from above/ground press: In the shadows, by Michael Boughn 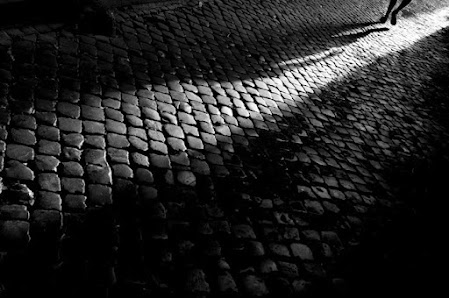 In the shadows
Michael Boughn
$5

Earth is no pillow
and there’s no escape
from the landing, Listen,
sweetie, they sing, but keep
your feet on the ground, tap, tap
tapping, & never ever try to illuminate
The Human Condition, stick
to the pebbles stretch out
before newly minted eyes
ineluctable terrain of the fallen

Michael Boughn moved to Canada in October, 1966 because of opposition to the US war against Viet Nam. After studying with Robin Blaser for several years at SFU, he worked in the Teamsters on the Toronto lakeshore for nearly 10 years before returning to university in 1982 to study with poets John Clarke and Robert Creeley. He is the author of numerous books of poetry, including Iterations of the Diagonal, Dislocations in Crystal, 22 Skidoo / SubTractions, Great Canadian Poems for the Aged Vol. 1 Illus. Ed., and City—A Poem from the End of the World.  Cosmographia – a post-Lucretian faux micro-epic was short listed for the Canadian Governor General’s Award for Poetry in 2011, prompting a reviewer in the Globe and Mail to describe him as “an obscure veteran poet with a history of being overlooked.” With Victor Coleman he edited Robert Duncan’s The H.D. Book for the University of California Press. He has also published books for young adults, including the Maple Award nominated Into the World of the Dead, a mystery novel, Business As Usual, a descriptive bibliography of the American poet, H.D., and numerous essays on film, writing, architecture and music. His most recent book is Hermetic Divagations—after H.D. From 2014 to 2018 he edited the online poetry disturbance known as Dispatches from the Poetry Wars with co-conspirator, Kent Johnson. A collection of his essays, Measure’s Measures, is forthcoming from Station Hill Press in 2022. He can most often be found with Case, his border collie pal, hanging out in dog parks or herding sheep.