new from above/ground press: Something or Other, by Jason Heroux 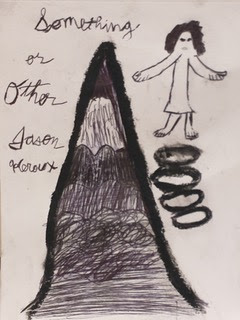 Something or Other
Jason Heroux
$5

The process of assuming control of someone’s territory and applying one’s own systems of law, government and religion is called something. In 1492 Christopher Columbus discovered something in 1969 Neal Armstrong stepped on something in 1915 Albert Einstein published his theory of something.

In Judges 14:14 Samson says, “Out of the eater came something to eat.”

Jason Heroux was the Poet Laureate for the City of Kingston from 2019 to 2022. He is the author of four books of poetry: Memoirs of an Alias (2004); Emergency Hallelujah (2008); Natural Capital (2012) and Hard Work Cheering Up Sad Machines (2016). His forthcoming books include a short fiction collection Survivors of the Hive (Radiant Press) and a poetry chapbook New and Selected Days (Origami Poems Project). 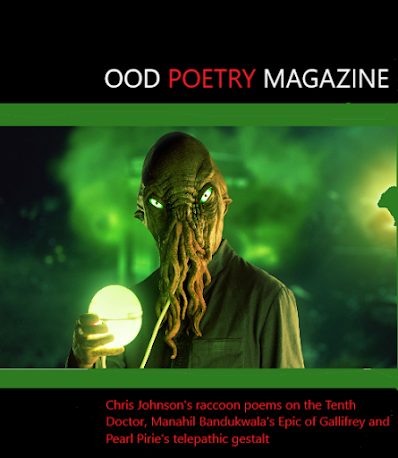 Benjamin Niespodziany has four short poems up at The Poetry Project; Saba Pakdel has work in the new issue of Loft; Frances Boyle has new work in issue twenty-one of The Temz Review; Kimberly Campanello has a poem up at Granta; and rob mclennan has had another piece from his essay-in-progress on collaborating with Denver poet Julie Carr up on his clever substack.

new from above/ground press: TAKE IT DOWN, by Barbara Henning 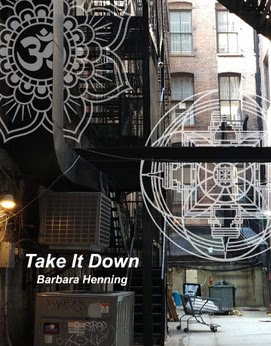 TAKE IT DOWN
Barbara Henning
$5

In the dark, I pray
to my grandmother
to Allen and my mother
please protect
our son
from the aftershock
that will reverberate
in his psyche
and in every corner
of the apartment

And please help her move on, too
Let go of him, please Rie, and move on—

These rooms where he grew up
Where his father died, holding
his hand and whispering
“I’m fine.”  Let go of him, please—

In the morning, I sit on the bench
surrounding the scrawny tree
outside his apartment building
Linnée texts me
driving home to Bayport
with her brother in her care
We missed the storm, she writes
It never came here

Barbara Henning is the author of five novels and eight collections of poetry, most recently a hybrid biography of her mother’s life, Ferne, a Detroit Story (Spuyten Duyvil 2022); a novel, Just Like That (SD 2018); and a poetry collection, Digigram (United Artist Books, 2020). In the 90s, Henning was the editor and publisher of Long News: In the Short Century; she is also the editor of Looking Up Harryette Mullen, The Selected Prose of Bobbie Louise Hawkins, as well as editor and author of Prompt Book: Experiments for Writing Poetry and Fiction. She has taught for Naropa University and Long Island University where she is Professor Emerita. Born in Detroit, she presently lives in Brooklyn and teaches for writers.com. 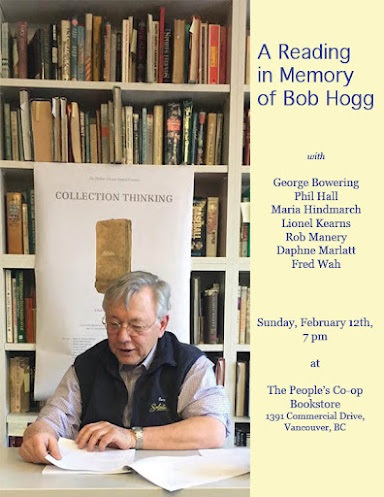 Posted by rob mclennan at 6:04 PM No comments: 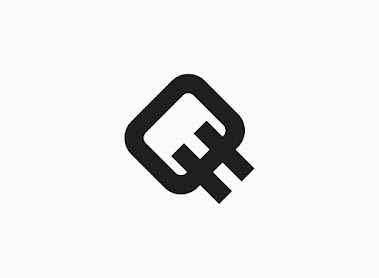 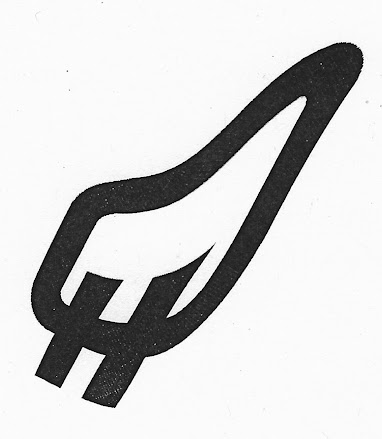 Derek Beaulieu is the author/editor of over twenty-five collections of poetry, prose, and criticism. His most recent volume of fiction, Silence, is forthcoming from Sweden’s Timglaset Books, his most recent volume of poetry, Surface Tension, was published by Toronto’s Coach House Books. Beaulieu has won multiple local and national awards for his teaching and dedication to students, the Queen Elizabeth II Platinum Jubilee Medal for this dedication to literature, and is the only graduate from the University of Calgary’s Department of English to receive the Faculty of Arts ‘Celebrated Alumni Award.’ Beaulieu holds a PhD in Creative Writing from Roehampton University, is Banff’s Poet Laureate, and the Director of Literary Arts at Banff Centre for Arts and Creativity. 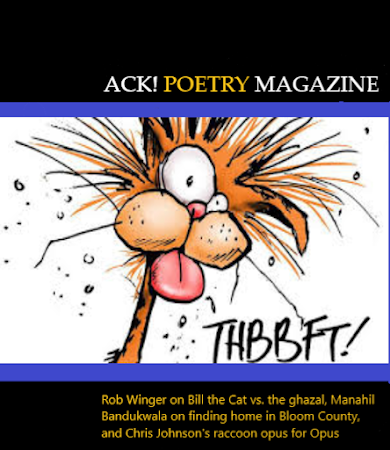 Cole Swensen has some new work up at Harvard Review Online; Stuart Ross offers his annual New Year's poem over at his blog, and is interviewed over at Touch the Donkey; Nathanael O'Reilly is included in the Spotlight series; rob mclennan has a new poem up at his blog, and offers his 'best of' list of 2022 Canadian poetry books.

This event will also mark not only the thirtieth anniversary of The Factory Reading Series (the first event held on Lisgar Street at the late lamented Stone Angel Institute in January 1993) but will see the publication of an accompanying issue of The Peter F Yacht Club.
See last year's virtual issue here
and information on the prior year's stay-at-home issue here

Posted by rob mclennan at 12:44 PM No comments:

The Return of The Peter F. Yacht Club Christmas party/reading/regatta: a report, 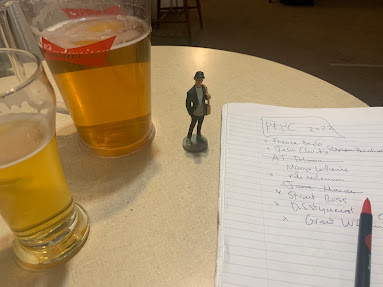 Another regatta! It was glorious to have a gathering for our holiday what-sis once more, even with a small crowd (less than twenty people, actually). Can you believe this is the first one held in-person since 2019 [see my report on such here]? The Peter F. Yacht Club, which began in the late 1990s somewhere as an informal gathering/conversation of writers, produced its first issue in August 2003, with our first holiday gathering (most likely) in 2005. And of course, see my 2018 report here, my 2017 report here, my 2016 report here, my 2015 report here, and my 2013 report here. Oh, and did you hear a new issue is forthcoming? 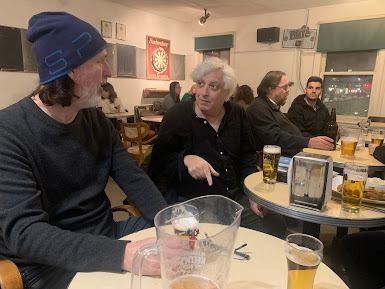 We had a small gathering of readers, including Frances Boyle, Jason Christie, myself, Stuart Ross, D.S. Stymeist, Chris Turnbull and Grant Wilkins! AJ Dolman, James Moran (who has a new collection of short stories, apparently) and Margo LaPierre were scheduled, but life circumstances kept each of them from attending, although I did manage to convince (with little prompting) nina jane drystek to read, which was fun. Given the holiday chaos, between the occasional child-cough and the pre-Christmas storm that came through, Christine and our young ladies were away with family (a bumped visit), with a variety of other PFYC regulars also sending their regrets. 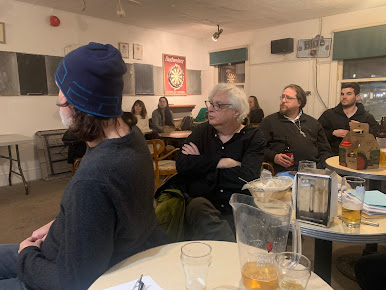 I've always enjoyed the idea of a holiday party between Christmas and New Year's, given how (obviously) half the readers might be busy with other activities, but those who are able are desperate to get out of the house (there aren't usually readings between, what, the first week of December and the second week of January?). The crowd at this particular event was small (given Covid, weather and other stresses), but mighty: including folk such as Steve Zytveld, Cathy McDonald-Zytveld, Christine Sung (who brought homemade cookies!) and (for the first time in attendance!) Sara Jamieson.

Obviously it was so good to hear from everyone! After so long, also. Some of the highlights included Stuart Ross reading a short poem for the late Michael Dennis [see my obituary for him here], Chris Turnbull reading two poems by the late Robert Hogg [see my obituary for him here], Grant Wilkins' remarkable sound poetry performance, and even Stuart and nina jane performing an improvised sound poem collaboration on the spot! Oh, had I only taken some further photos.

Posted by rob mclennan at 2:31 PM No comments: