on two of the most recent above/ground press offerings;
Posted by rob mclennan at 4:50 PM No comments: 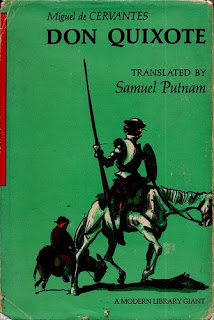 I'm now offering my usual annual $40 above/ground press subscription for 2011 (& check out our group on facebook).

YES! I WANT EVERYTHING ABOVE/GROUND PRESS HAS TO OFFER! GIVE ME A 2011 SUBSCRIPTION (STARTING TODAY, THANK GOD) FOR ONLY FORTY (40) DOLLARS (IN THE US, $40 US).
give $40 to rob mclennan, or mail:
c/o 858 Somerset Street West, main floor, Ottawa Ontario Canada K1R 6R7
regular notices are also sent out through an email list of Ottawa-area literary events. to get on the list, email me at az421@freenet.carleton.ca
Posted by rob mclennan at 4:56 PM No comments:

a poem from rob mclennan's "Poems for Lainna" reprinted online

a poem from rob mclennan's Poems for Lainna (above/ground press, 2009) was recently reprinted online as part of Josh Massey's "Blockbuster Poem" curatorial project at The Tyee,

How Armando Became a Ladies Man
He says, “I tell you story.”
Shrugs off grammar-clotted papers to make space
for memory and his hands’ motion. When he saw her
for the first time, he was wrist-high in blood, gore.
The animal death of the shop
enticed her: meat for sale. He knew
how to move his knife. Her eyes flashed jet-dark,
defiant. In a few days, the shining counter dissolved
like an apprentice dream. He wiped
his hands, turned from carcasses to caress
warm perfumed hocks, pink moons.
His young self fascinates him. Two years
living off the avails of a breathtaking hooker.
Imagine him then, pale ovo, thin asperagus,
dressing his body in expensive suits, his hair
in a pouffe. Afternoons sipping port,
his whore-lover having slept off
the night’s work. What kind of man, what kind
of life, pleaded his mother. Two years
of lacrimosa, invocations to the Madonna.
Two heavy years. Hands move swiftly
over his face to check an expression.
He says, “I had to think future.”

published in an edition of 200 copies, and launched as part of the above/ground press 17th anniversary reading/party, September 3, at the Carleton Tavern;

Gwendolyn Guth, mother of three active boys, notes that super mom and super model have far less in common than their assonance would suggest. She has the enviable privilege of talking about literature for a living, at Heritage College in Gatineau. She is a long-time supporter of and participant in Ottawa literary ventures, including Bywords, above/ground, Ottawater, yawp, Friday Circle, Rideau Review, etc. Her chapbook, Good People, anticipates her first trade book, due any year now and fiercely successful in her dreams. She craves inner peace but settles for outer calm.
Posted by rob mclennan at 9:32 AM No comments: