new from above/ground press: AN ENVELOPE FOR SILENCE: Some Short Fiction 1977-1989, by David Miller 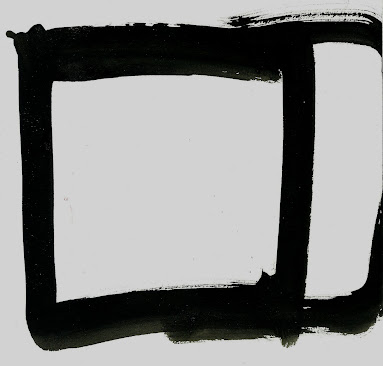 My sister and I were amongst several children invited by the older girls who lived in the house opposite ours to come by for a puppet show one afternoon. I think I was more impressed by coming inside this otherwise unavailable domain itself than by the shadow-world created by the girls' puppetry; those girls would not ordinarily have spoken to us at all: and this was thorough-going: we were invited, at the end of the little show, to come for another performance if and when we could bring entrance-money. We never saw that interior again.

Twenty-one years of age, walking by water's side; river flowing, dirty, past industrial slums, grimy walls of factories; debris and mud everywhere. I had just been to an interview for a job I didn't want, and despite all my attempts at not getting accepted, it looked like I had been anyway: what a disappointment. Actually, I wasn't just disappointed, I felt sick. Some gulls flew over; and I thought of the young woman at the labour exchange who had sent me to the interview. Her face came into focus: an attractive woman; stylish; probably a nice person. Maybe she'd go far in her job. I was going to leave the country.

David Miller was born in Melbourne, Australia, but has lived in the UK for many years. His recent publications include Black, Grey and White: A Book of Visual Sonnets (Veer Books, 2011), Reassembling Still: Collected Poems (Shearsman, 2014), Spiritual Letters (Contraband Books, 2017), Towards a Menagerie (Chax Press, 2019), Matrix I & II (Guillemot Press, 2020), Vitruvian Shadows  (The Red Ceilings Press, 2020) and Some Other Days and Nights (above/ground press, 2021). He has compiled British Poetry Magazines 1914-2000: A History and Bibliography of ‘Little Magazines’ (with Richard Price, The British Library / Oak Knoll Press, 2006) and edited The Lariat and Other Writings by Jaime de Angulo (Counterpoint, 2009) and The Alchemist’s Mind: a book of narrative prose by poets (Reality Street, 2012). He is also a musician and a member of the Frog Peak Music collective.

This is Miller’s second above/ground press title, after SOME OTHER DAYS AND NIGHTS (2021).