We fond moths read on

As you steep as you sink

Into the print and paper

But cars care nothing for culture

That last night sky you saw

I hope it was beaded with stars


Natalee Caple’s two most recent books are a collection of poems, spells, and play fragments titled, The Semiconducting Dictionary, Our Strindberg (ECW) and a collection of fables, ecocritical fairy tales and ghost stories titled How I Came to Haunt My Parents (Joyland.ca and ECW). She lives in Peterborough with her husband Jeremy and twins Casey and Imogen.
Posted by rob mclennan at 11:05 AM No comments:

above/ground press on the radio 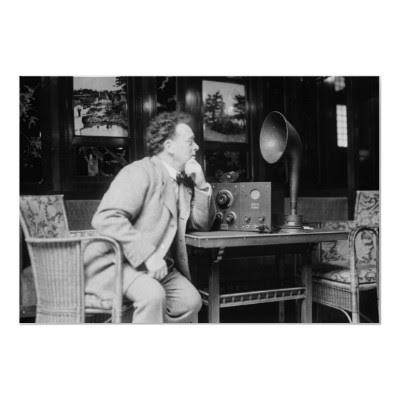 Tonight, I will be interviewed live in the studio by David Currie on CKCU's Literary Landscapes about the upcoming above/ground press 19th anniversary reading/launch/party. Why not listen? 6:30-7pm EST.

Another interview, pre-recorded by Susan Johnston with myself, Cameron Anstee and Marilyn Irwin, will air on Friday, August 3, 2012 on Johnston's Friday Special Blend, a special hour of above/ground between 7am and 8am.

CKCU 93.1 FM, Carleton University Radio; you can even listen live online!
Posted by rob mclennan at 9:35 AM No comments:

The quintessential poet’s micro-press, above/ground press — founded and published by poet, writer, and editor rob mclennan out of Ottawa, Ontario — publishes chapbooks by both newly emerging and established poets alike. What makes above/ground press titles stand apart from other micro-press poetry chapbooks (besides their nondescript covers, that is) is that they offer the reader glimpses into collaborations as well as individual works in progress. It’s these glimpses which above/ground gives that makes their titles unique, revealing the process of the poet’s composition, their collaborations, as each waltz’s their muse along the thin razor’s edge of creation. […] It takes guts to write without a net, and particularly to publish those early efforts for all to see. Guts, indeed
Mark McCawley, Fresh Raw Cuts

Ottawa’s above/ground press, a one-man operation run by writer, editor, publisher and critic rob mclennan, celebrates nineteen years of publishing in August with a reading and launch party at The Mercury Lounge.

With readings and launches by:

Amanda Earl (Ottawa ON),
launching Sex First & Then A Sandwich

and Stephen Brockwell (Ottawa ON),
launching Excerpts from Impossible Books, The Crawdad Cantos 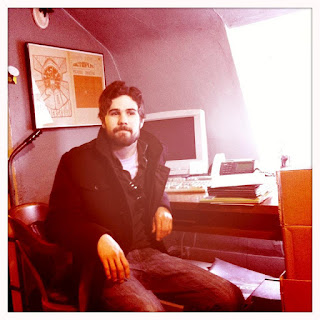 Part of the aesthetic of above/ground press has closely followed mclennan’s own interest in encouraging and showcasing a combination of emerging and local Ottawa poets alongside more established writers from across Canada, the United States and beyond, and in introducing new writers to the local community. Through over six hundred and fifty publications so far, the press has been fortunate to be able to be part of a number of early publications by now-established writers, including Stephanie Bolster, Gil McElroy, Stan Rogal, Natalee Caple, Stephen Brockwell, Michael Holmes, Clare Latremouille, derek beaulieu, Pearl Pirie, Jay MillAr, Marcus McCann and Anita Dolman.

“Cameron Anstee’s serial poem Frank St. (March 2010, $4.00) is a study of house, history (‘in 1878 this address / was at the city limit’), art and self. He moves through his new/old home precisely but gently, instructing himself and us how to relax, ‘learn to stop,’ in order to then ‘see better, poem.’”
Allan Brown, Jones Av.

Praise for for when you pick daisies:

Stephen Brockwell is the author of four trade collections of poems. Fruitfly Geographic won the 2004 Archibald Lampman Award for the best book of poetry by an Ottawa writer. His Excerpts from Impossible Books is an interminable work in progress. Brockwell runs the small business www.brockwellit.com from his basement, borrowed office space and coffee shops.

Praise for Excerpts from Impossible Books: The Crawdad Cantos:

“Stephen Brockwell’s ‘Impossible Books project’ (this above/ground book is its second installment) is an ongoing series of individual poems that are presented as excerpts from imagined ‘impossible’ books. The impossible books of this installment range from Prime Minister’s Nursery Rhymes for Insolent Children, to the Evangelical Handbook for Engineers, to Metonymies: Poems by Objects Owned by Illustrious People, and Pindaric Odes to the Objects of Science, among others. This brief collection of ten poems is imaginative and surprising on every page.
Cameron Anstee, ottawa poetry newsletter

For further information on the authors, event or the press, contact rob mclennan at 613 239 0337 or rob_mclennan@hotmail.com

Posted by rob mclennan at 1:54 PM No comments: 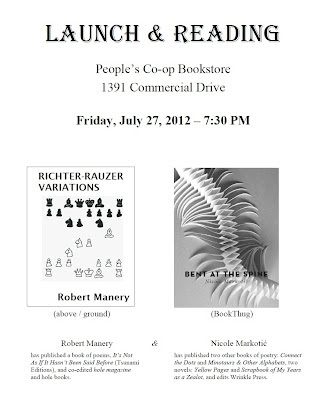 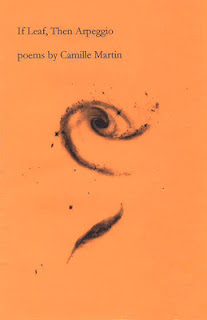 Toronto poet Mark Truscott was good enough to post this brief review of Camille Martin's If Leaf, Then Arpeggio (above/ground press, 2011) over at Goodreads:


Martin somehow manages what I’m tempted to call a closely attentive automatic writing. Her textures are subtle and rich but still loose. I missed the thrill that came with the formal awareness of Sonnets, but maybe there’s something different going on here that will become apparent in a larger group of poems.

Posted by rob mclennan at 12:32 PM No comments: 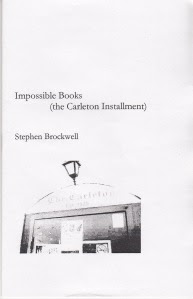 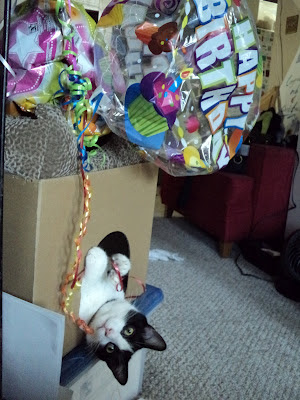 Details will be coming out soon about the above/ground press nineteenth anniversary reading/party/launch on Thursday, August 9th at The Mercury Lounge, Ottawa, with readings and launches by Cameron Anstee, Marilyn Irwin, Stephen Brockwell and others tba. Check back here for details!
Posted by rob mclennan at 1:30 PM No comments:

Towards the jetty of industry, streaking
heat, striated with gauzed air,
I sat there in the front,
wishing an occasional flame
through the pixellated evening pinks of August,
little men in baseball whites
whirring to my right side.

We were passing, we were
being passed, we were at a light,
but your voice was so loud we were moving,
for sure.

A green pocket, the feathered wives
on woven chairs, unfolded.
One woman bent away, lost in her ankles
while someone else flapped into applause.

Sarah Pinder lives in Toronto. Her writing has been shortlisted for the Expozine Small Press Awards and included in the anthology She’s Shameless, and journals like Room, Canadian Woman Studies and invisible city. A zine-maker of over a decade, you can find her work in Montreal’s Distroboto art vending machines, as well as a mailbox near you. Her first collection, Cutting Room, is forthcoming with Coach House Books in Fall 2012. http://bitsofstring.wordpress.com
Posted by rob mclennan at 11:01 AM No comments:

new from above/ground press: Prelude: selections from a collaboration by rob mclennan and Christine McNair 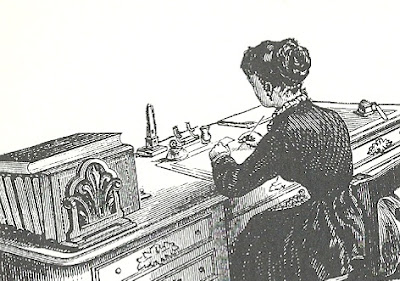 Prelude: selections from a collaboration
by rob mclennan and Christine McNair
$3

When I reach my cabin fifteen minutes later, a rust-coloured deer is standing right in fron of it as if waiting for me. When she sees that I see her, she runs into the woods. I resent her all month for appearing at such a clumsily symbolic moment, on that is unusable in writing, as if to taunt me, she doesn’t show herself again.
Sarah Manguso

Le Chantecleur or coq, au vin. Dipping my feet at the edge of the lake. Pascale tells me the hotel poisons the lake, pours liquid in. I’m indignant in orange lifejacket. Wet curls. We found no evidence.

I lose my contacts in the lake. The fish mumble. Wake from water blur faced and metal.

To next fleur, chanson or chocolaterie. A cake my family ate in square portions, Cadix. The baker moves away and won’t teach the new owners how to make it. We adjust our palette. Settle for butterflies on chocolate crisp. Le Papillion.

Not simply some acres of snow.

Lake swans, lake boats, only that’s not here that’s there. That’s a ride at some park. Here there are paddleboats. My feet get hit if I’m not paying attention. I pretend swans.

I have never been on a train.

Late songs on the deck.  Leaves, the yard spreads. A table of water.

Bare back to wood.

Christine McNair's work has appeared in cv2, Prairie Fire, ditchpoetry.com, Arc, the Bywords Quarterly Journal, Descant, and assorted other places. Her first collection of poems, Conflict, appeared in May 2012 with BookThug. She works as a book doctor in Ottawa, is one of the hosts of CKCU Lit Landscapes, and blogs at www.cartywheel.wordpress.com.

Born in Ottawa, Canada’s glorious capital city, rob mclennan currently lives in Ottawa. The author of more than twenty trade books of poetry, fiction and non-fiction, his most recent titles are the poetry collections grief notes: (BlazeVOX [books], 2012), A (short) history of l. (BuschekBooks, 2011), Glengarry (Talonbooks, 2011), kate street (Moira, 2011) and 52 flowers (or, a perth edge) (Obvious Epiphanies, 2010), and a second novel, missing persons (2009). An editor and publisher, he runs above/ground press, Chaudiere Books (with Jennifer Mulligan), The Garneau Review (ottwater.com/garneaureview), seventeen seconds: a journal of poetry and poetics (ottawater.com/seventeenseconds) and the Ottawa poetry pdf annual ottawater (ottawater.com). He spent the 2007-8 academic year in Edmonton as writer-in-residence at the University of Alberta, and regularly posts reviews, essays, interviews and other notices at www.robmclennan.blogspot.com 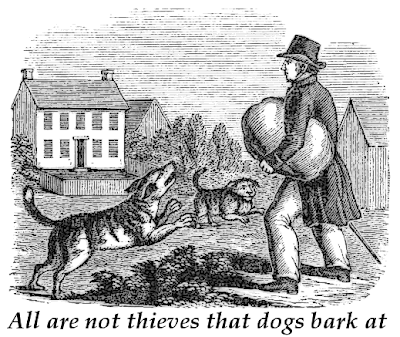 Pearl Pirie was good enough to write a healthy post on this spring's ottawa small press book fair, as well as a flickr stream; derek beaulieu, rob mclennan and Pirie have all answered interview questions over at Canadian Poets Petting Cats; Lori Emerson has posted pdfs of her 1999/2000 journal Laughing Gland, including works by Stephen Scobie and Douglas Barbour, bpNichol, beaulieu and mclennan; Marcus McCann wins the EJ Pratt Medal for Poetry; and mclennan and Christine McNair launch a collaborative above/ground press chapbook as part of their July 15 reading at The Dusty Owl Reading Series. Might we see you there?
Posted by rob mclennan at 8:55 PM No comments: