above/ground press (today!) at Word on the Street, Toronto 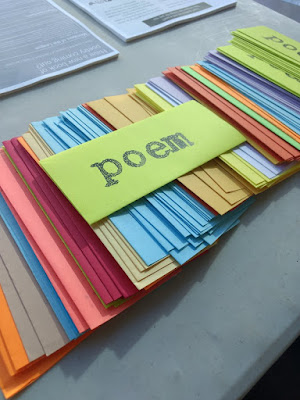 above/ground press will once again be represented at the Toronto editions of this year's Word on the Street! Thanks much to WOTS, as well as The League of Canadian Poets!

Head on over to The League of Canadian Poets booth, Writers Block Table 10, and pick up a copy of an above/ground press broadside! I really dug through the archives for this one, pulling out poems published throughout the past fifteen years, and there will be a whole mound of poems and authors to choose from, including poems old and new by derek beaulieu, Sandra Ridley, rob mclennan, Eric Schmaltz, Fred Wah, Gwendolyn Guth and a slew of others. Get them while supplies last!
Posted by rob mclennan at 11:23 AM

Labels: The League of Canadian Poets, Word on the Street Toronto