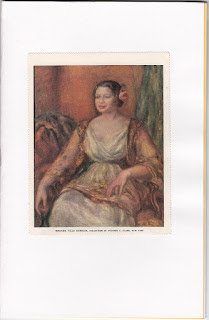 I recently received a box of an array of newly published pamphlets and chapbooks from Ottawa's above/ground press. One of them is a collaboration between the two well-known poets: Perth, Australia-based Andrew Burke and Perth, Canada-based Phil Hall. It's a really nice chapbook with a glued cover image (I think each cover is different), a bright orange fly leaf and a line drawing that resembles a rubber stamp, and could be a rubber stamp, on the title and end pages. There are fifteen short, minimal poems riffing on a tenth century Japanese poet. The suite is at once kind of dainty and perky. It's called Shikibu Shuffle.

With nothing to do but wait, kept alive by sprays and medical potions - to distract himself - Andrew agreed to work with Phil on a collaboration.

Andrew suggested the Japanese court poet Murasaki Shikibu (973-1014); her 5-line form might be a place to start.

The shuffle served its purpose, and now surprises and delights them both."

I watch my chest
rise and fall in the mirror

nature in the raw

nothing I see or think
means anything to me

then I plan to tell you about it

and into each dull thunk
like lemon on fish

Talking to the air

I break cobwebs
on the line

sun holds   motes float
Posted by rob mclennan at 10:21 AM No comments: 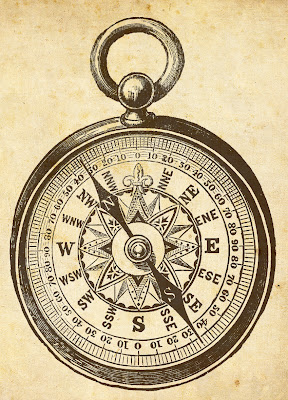 There is an audio of Rae Armantrout discussing her poem "The Way," and Lynn Behrendt included an image of Armantrout in homage in a recent collage; Armantrout also has a poem posted here, and is included in an essay, here; Harriet, the blog for the Poetry Foundation re-posted my blog entry on writing for Twitter, as well as this conversation derek beaulieu had with Vanessa Place and Natalia Federova from Jacket2; derek also has a small new item from Puddles of Sky; Jesse Patrick Ferguson is interviewed over at Canadian Poets Petting Cats; there's a video of Pearl Pirie reading in the open mike at The TREE Reading Series, Ottawa, on August 14, 2012; and Shannon Maguire is a finalist in Manitoba's "Maggie Awards" (to be announced September 13). Good luck, Shannon!

And don't forget the end-of-summer 19th anniversary sale currently on, ending September 15!
Posted by rob mclennan at 12:30 PM No comments:

Lisa Robertson interviewed on her chapbook, On Physical Real Beginning and What Happens Next (above/ground press), by Northern Poetry Review 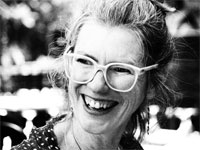 Lisa Robertson was interviewed by Carmelo Militano on her above/ground press chapbook, On Physical Beginning and What Happens Next (2012) for Northern Poetry Review.
Posted by rob mclennan at 11:49 AM No comments: 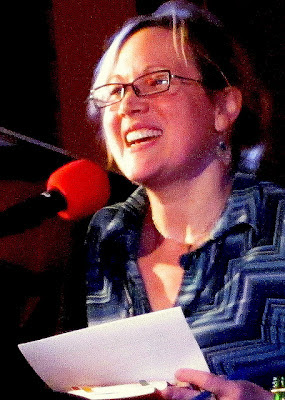 
This month In/Words has the privilege of featuring Gwen Guth. She is a super cool lady and I am tremendously excited to launch this years Reading Series with her. Gwen's work has previously been showcased by ottawater, bywords, yawp, above/ground press, Friday Circle ( The Flash of Longing chapbook), Tree and the University of Ottawa Press.

This is not a reading to miss - I mean it - it is going to be really, really great.

There will be a reasonable open mic set with new and exciting prizes.

Gwendolyn Guth, mother of three active boys, notes that super mom and super model have far less in common than their assonance would suggest. She has the enviable privilege of talking about literature for a living, at Heritage College in Gatineau. She is a long-time supporter of and participant in Ottawa literary ventures, including Bywords, above/ground, Ottawater, yawp, Friday Circle, Rideau Review, etc. Her second poetry chapbook, Good People (above/ground press, 2010), anticipates her first trade book, due any year now and fiercely successful in her dreams. She craves inner peace but settles for outer calm.
Posted by rob mclennan at 10:16 PM No comments: 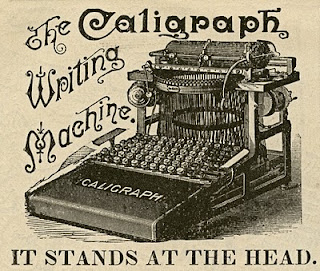 Here is a rough list of chapbooks produced by above/ground press over the past nineteen months (a crazy amount of items, I know). A further list of backlist from last year’s sale exists here, but email me at rob_mclennan (at) hotmail.com to check on availability of various titles not immediately listed.

And watch for forthcoming above/ground press titles from Seth Landman, Deborah Poe, Shannon Maguire, Mark Cochrane and Allison Grayhurst, among others. Just what might the twentieth year of above/ground bring…?
Posted by rob mclennan at 12:52 PM No comments: 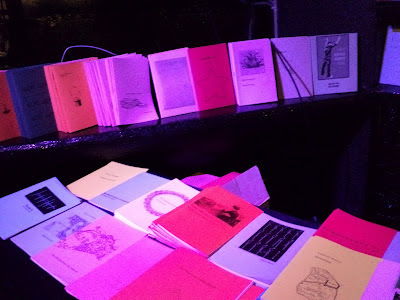 A stellar evening last night at Overkill, a small lounge just underneath The Mercury Lounge in Ottawa's Byward Market. Have you ever seen such a lovely picture of chapbooks? 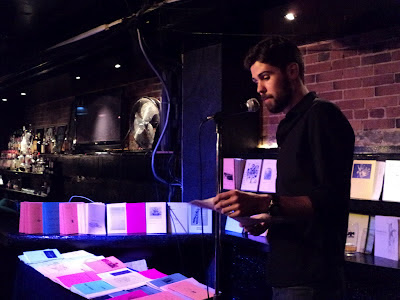 With some forty people in attendance, we launched new publications by Amanda Earl, Cameron Anstee (above), Marilyn Irwin (below) and Stephen Brockwell (below-er), and nineteen years of chapbook publishing, and all four authors gave amazing readings. I even managed to have copies of both of Amanda Earl's previous above/ground press items, as well as Stephen Brockwell's, yet couldn't manage to find copies of Marilyn Irwin's previous above/ground press item (she brought some of her own copies along). 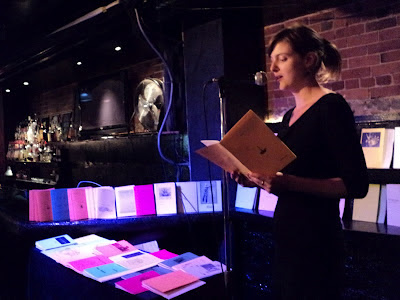 Thanks to everyone who participated in the event, from the readers to audience to bartendress, to Christine McNair, willing to be the evening's door person and bookseller. The audience was filled with Ottawa writers, including various above/ground authors and non-authors alike: Christian McPherson, Michelle Desberats (Eve'n Adam), Brandon McNally, Pearl Pirie (oath in the boathouse), Monique Desnoyers, David Currie, Vivian Vavassis and Bardia Sinaee.

By October, I'll be announcing the 2013 above/ground press subscriptions, and watch for readings coming up this fall, with possible appearances by George Elliott Clarke, Shannon Maguire and Fenn Stewart, and a late March, 2013 reading by American poet Deborah Poe. Just what might the 20th anniversary bring...? 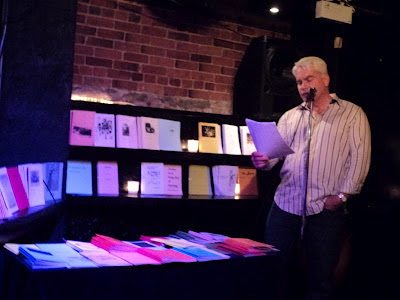 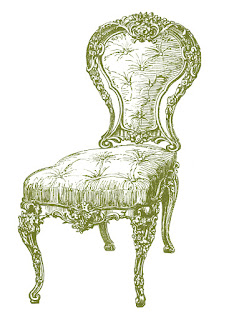 above/ground press author Cameron Anstee answers the Proust Questionnaire over at Open Book: Ontario, working up to his chapbook reading/launch as part of the above/ground press 19th anniversary on August 9!
Posted by rob mclennan at 9:06 AM No comments:

above/ground press author Marilyn Irwin answers the Poets in Profile questions over at Open Book: Ontario, working up to her chapbook reading/launch as part of the above/ground press 19th anniversary on August 9!
Posted by rob mclennan at 9:15 AM No comments:

new from above/ground press: Sex First & Then A Sandwich by Amanda Earl

please no more poems of birds.  no. more.
or tender little flowers tossed about by rain

a friend has bedbugs again for the third time
picked up from a public library. the danger of reading

on the Waltons yesterday, Elizabeth couldn't walk
except by the end of the episode she did

you can learn a lot on Christian television
how to build, a crucifix, two towers

Sex First & Then A Sandwich is part of a longer work entitled “ghazals against the gradual demise,” which has been funded by the Ontario Arts Council Writers' Reserve Program & the City of Ottawa’s Creation and Production Fund for Professional Artists for which I am grateful.

These poems owe their inspiration to Jim Harrison’s Outlyer and Ghazals (Simon and Schuster, New York, 1969, 1971)

See her notes on the reading/launch here.

See a review of her previous above/ground press work here.

Amanda Earl will be launching Sex First & Then A Sandwich in Ottawa on August 9, as part of the above/ground press 19th anniversary reading/launch/party at The Mercury Lounge! You should totally come. 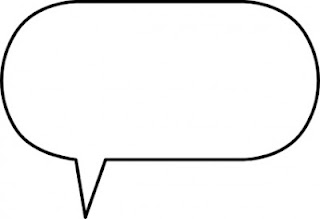 Yesterday morning, the lovely and talented Susan Johnston, CKCU Radio host, played an interview on her Friday Special Blend she recorded a week earlier with myself, Marilyn Irwin and Cameron Anstee on the upcoming above/ground press 19th anniversary reading/launch/party this Thursday night. Since not everyone (myself included) are morning folk, she was good enough to give the audio to Cameron, who posted the full thing over at his blog. Give a listen!
Posted by rob mclennan at 11:00 AM No comments:

new from above/ground press: Regarding Renewal by Cameron Anstee 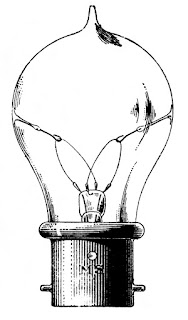 the day outlaws the sensations of breathing

the maniac air retreats; we will open the windows again when the sun is gone

outside is wreckage and drought and static

inside is the smooth machinery of your knees and shoulders

I place my ear on your chest

See a review of his previous above/ground press chapbook here.

Cameron Anstee will be launching Regarding Renewal in Ottawa on August 9, as part of the above/ground press 19th anniversary reading/launch/party at The Mercury Lounge! You should totally come. i was a porcelain doll
steel, straw, firefly

infiltrated
by the front door

the door knob
echoes your fingerprints

See reviews of her previous work here and here.

Marilyn Irwin will be launching flicker in Ottawa on August 9, as part of the above/ground press 19th anniversary reading/launch/party atThe Mercury Lounge! You should totally come.

Posted by rob mclennan at 11:00 AM No comments:

above/ground press author Amanda Earl answers the Proust Questionnaire over at Open Book: Ontario, working up to her chapbook reading/launch as part of the above/ground press 19th anniversary on August 9!
Posted by rob mclennan at 11:21 AM No comments: