This is the twenty-second in a series of short essays/reminiscences by a variety of authors and friends of the press to help mark the quarter century mark of above/ground. See links to the whole series here.

Weighed Down Pleasantly By Paper 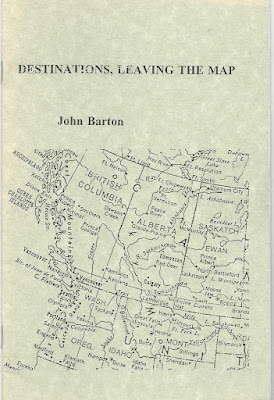 What I admire most about above/ground press is what it eschews. From the beginning, unlike many small- and micro-press publishers, rob mclennan has devised a way to stay afloat without the prosthesis of external support and all it entails. He need not pay homage to the dogged beatitudes—excellence and cultural value; emerging and established; promotion and community engagement; forecasts and bottom lines—that funders expect to be observed, obediently and punctually, before the manna falls benevolently from municipal, provincial, and federal skies. He need not impress, strike a pose, or, mostly crucially, swell (though swell above/ground did).

Instead, rob’s press evinces what I consider to be true literary values, unimpaired by the straightjacket of commercial publishing that well-meaning, if not-so-prescient granting agencies buckled around his betters. Unlike many larger, more adequately leveraged and funded presses that have come and gone, above/ground is alive and well twenty-five years after publishing the first of close to a thousand titles. The key to its longevity—other than rob’s unflagging commitment—must be that the financial outputs supporting its ambitions have never exceeded its inputs. Those ambitions appear to be two-fold: to be a platform for writers wanting to publish new work and to be eclectic. The production values are necessarily pragmatic but pleasing—desktop publishing that’s ridden the giddy laser-jet waves of clipart, xerography, and print-on-demand, ably assisted by seamless saddle-stitching. rob has never migrated to the rococo tactile niceties of handmade papers and fine printing that would hunger after a largesse of capital and mean he’d have to rein in his capacious appetite for poetry. Without having ever seen the press’s financial books, I can only guess that sales are designed to cover expenditures on production and mailing costs to a maintained subscriber list. Unlike larger concerns that endeavour to provide a busy workforce with the pretence of a living wage (a wage that no officer working at a granting agency could ever countenance living on), above/ground does not appear to be designed to keep rob the personage minimally fluid (though I am sure that any net profits, however middling or small, but not streamed back into above/ground, are a welcome and appropriate feathering of his historically threadbare pockets). Instead the two currencies in steady supply are avocation and love (real literary values). Anyone who’s spent lived in or visited Ottawa knows how magnanimously rob spreads the words of his authors. Any friendly, deer-in-the-headlights encounter with him leaves the neophyte and the forewarned alike weighed pleasantly down with paper.

The direct-action nature of rob’s promotional strategy is simply an extension of his editorial generosity. Having published three chapbooks with above/ground over the arc of its history, I know. rob’s catalogue, which seems to go back and back to a barely discernable vanishing point, is ornamented with titles that he’s either solicited (including two of mine) or received on spec (including my third, which was accepted within a day—or was it inside an hour—of my having emailed it to him). Unlike most publishers, above/ground is, in the broadest sense of the word, truly “open.” Because rob’s unimpaired by what the funding gods might think (with ungracious impunity), he is willing to take small and frequent risks. He will give new authors and new manuscripts a try with hardly a hesitation. I’m sure taste does come into it, for rob has definite predilections and the erudition to substantiate them, but he seems even more inspired by the idea of creativity, as his authors choose to express it—and to support it unwaveringly. above/ground may not publish chapbooks with vellum endpapers or advertise them in avaricious magazines, but rob makes them available. And he provides each author with a generous portion of the print run in lieu of the shell game of royalties. I’ve enjoyed more pleasure out of the publication of Reframing Paul Cadmus, my most recent above/ground chapbook, than I have from many of the books I’ve published with more august, bedizened publishing houses. I was able to send it to my peers without having to worry about cost or a too-speedy exhaustion of my cache of copies. I was even more pleasantly surprised to receive serious, sometimes lengthy comment in a greater profusion than normal. The usual trickle was instead a stream. The chasm between me, as an author, and my peers, as readers, was more quickly and felicitously bridged. None of this would have been possible were above/ground press grounded on a more luxe publishing model.

It’s a lesson in survival, and rob’s betters could learn much about how to more capably serve their authors and mandates. Should all the Scotch tape and glue aiding and abetting the smoke and mirrors of Canadian publishing ever come undone under the government-coffer-exhausting weight of Trumpian tariffs, say, or the reflux of retrograde values in the external funders’ collective craw, rob and above/ground press will no doubt continue to be around to keep a barebones, transnational literature alive and lively—steadily declaiming in a post-apocalypse of near, if not total silence. 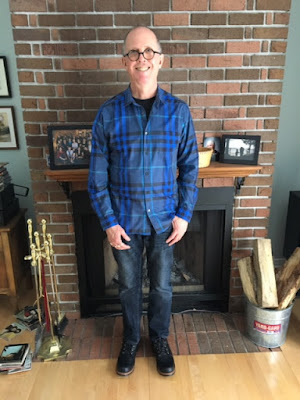 John Barton’s recent publications include Polari, Reframing Paul Cadmus, and The Malahat Review at 50. Anstruther will publish his seventh chapbook, Visible But Not Seen, later this year and Palimpsest his first book of prose, We Are Not Avatars: Essays, Memoirs, Manifestos, in 2019. He lives in Victoria.

Barton is the author of three above/ground press chapbooks, including DESTINATIONS, LEAVING THE MAP (1995), Oxygen (1999) and REFRAMING PAUL CADMUS (2016).
Posted by rob mclennan at 1:00 PM