This is the twenty-fourth in a series of short essays/reminiscences by a variety of authors and friends of the press to help mark the quarter century mark of above/ground. See links to the whole series here. 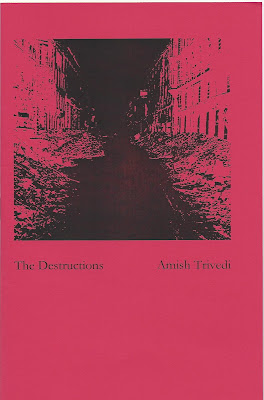 I’m not quite sure how I got in touch with rob mclennan or maybe he got in touch with me— who can recall? I could probably dig back through all our correspondence, though I assume if I did, this brief note about above/ground would really be about my constant negativity regarding the world of poetry publishing, my ever-present anxiety about the world of academia, and my gnawing terror about the world we presently inhabit.
Actually, this tiny essay is about those things, because in a way, what rob has done with above/ground and, by my last count, his six-hundred other projects, has pushed back against the structures which have made the field we’re all working in seem like a grind. rob does what so many others in our field must do, which is work for the love of it and out of wanting to promote the myriad of writers who come his way and whom he tirelessly supports in their various endeavors. In short, if you’re in with rob, you’re in somewhere good.
And above/ground has been that somewhere good now for so long. Look through the list of chapbooks and you’ll see some absolute rare works by major poets— tiny tinkerings that rob fell in love with and had to put out. I love chapbooks already: it’s an outlet for the smaller project that maybe isn’t going to become the full, fancy book thing. But the way rob makes them, too— his love for his long-reach stapler (I assume); that stamp at the back with the long Canadian address; the covers, bright, with that old school feel of mimeograph. Always just you and rob, working together to produce this thing that he sends out all over.
Looking back, I see our first correspondence was really me taking advantage of rob, though I hope he doesn’t see it that way. I had just published him in the second issue of a journal I was running and decided to write him. Ya know— that awful thing where you publish someone and then you hope they’ll return the favor? We rarely admit to it, but with rob, for some reason, I totally did it. Of course, in the one other tiny endeavor that I tried, beyond the journal, I included rob too. It’s what we do in this industry, right?
Well, rob has gone way beyond a mere trade off at this point. For my one tiny bit of work, he has made me feel not so alone in this world of poor poets— a tall order, he can tell you. He’s always quick with an email, always looking for the next thing of yours he can put out, promote on social media, or just encourage you along in. If James Brown was the hardest working person in showbiz, then rob mclennan is the hardest working person in pobiz, if only because he never stops. You know he’s overwhelmed, you know we’re awful to deal with as a whole, but he never stops working because he really loves this strange little world of ours so much. above/ground is no doubt an extension of that— one project in the midst of so many other things he’s always doing to promote the writers he likes. Isn’t that kind of what this is all supposed to be about? 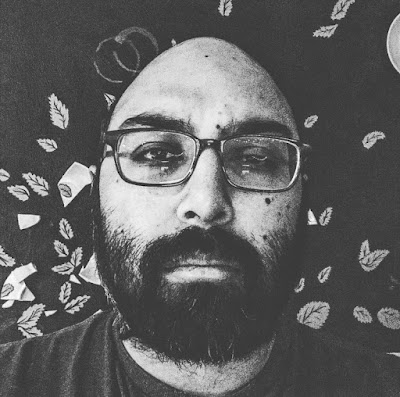 Amish Trivedi is the author of Sound/Chest, has poems in Kenyon, New American Writing, Typo, etc. He has an MFA from Brown and is at work on a Ph.D. focused on the poetry industry and capital.

Trivedi is the author of two above/ground press chapbooks, including The Destructions (2015) and What We Remembered Before the Fire (2018).