This is the seventh in a series of short essays/reminiscences by a variety of authors and friends of the press to help mark the quarter century mark of above/ground. See links to the whole series here.

The Spirit Duplicator
by Erín Moure on the occasion of the 25th anniversary of above /ground...
16 February 2018 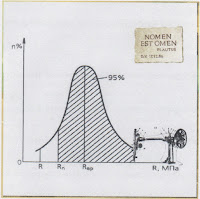 Twenty-five years later, what do I remember most about the beginnings of above/ground? The incessant mailings. They’d drive you nuts. The spill of paper from hand-scrawled envelopes, more often than not unsolicited, the variable quality of the poetry, the unaesthetic production of the DIY school, in which is embedded the history of the photocopy and the murmur-click and sweet solvent scent of the once-ubiquitous “ditto machine,” the spirit duplicator. rob mclennan, with above/ground, pursued a future that the advent of the photocopy had buried as history, and he did it with photocopies, above ground and unburied: our spirit duplicator.

There was always something in the envelope that intrigued. That caught eye and mind. And you felt rob’s generosity in giving writers the courage of a publication—while seeing their potential to go further in the future. Their next chapbook would surprise. Their books would appear—more surprises.

As rob mclennan persisted, the circle grew. More submissions, more readers. Readers further away, across borders, across and through languages in English translation. Where most other people would lose energy and desist, rob has continued, irrepressibly: a spirit duplicator.

Unlike a creative writing school that tells poets where they fall short, in order to haul them upward, rob mclennan just invites, and offers, and accepts, and does. Instead of spending his time filling endless paper to apply for grants and bend to the priorities of neoliberal institutions and their politics, rob has just solicited, published, created a space for conversation and work not restrained by agencies, schools, or settled perimeters. Instead of spending disposable income (when he had any) on himself, he spent it on mailing us poetry. You never saw rob driving a car, wearing a snappy suit, showing off photos of his vacation in Umbria or at the MOMA. You saw him on foot, at local festivals holding out envelopes of above/ground chapbooks. You saw him at small press fairs, at readings and events, in Ottawa primarily but also in Toronto or Edmonton, in a bar or a coffee shop, carrying above/ground chapbooks, broadsheets, pulling you some new publication out of his bag. He wrote and writes a lot of books of poetry of his own; yet in no way does he wish to take up all the space. Rather, he make space for others, makes the space of poetry bigger: a spirit duplicator.

Against all the odds, and oddities, it seems to be working. When institutions constrain us (and poets who want to be institutions), schools trade on mainstream power, and magazines are under the thumb of arts councils to have their spreadsheets show the right numbers, above/ground keeps publishing. And keeps getting better, its works more urgent, more diverse and inclusive, more queer, more embodied in difference and étrangéité. rob doesn’t run out of energy. He makes us all a space of poetry that nourishes itself, us, him, and you others. The chapbooks cheer me up every time they arrive. A spirit duplicator! 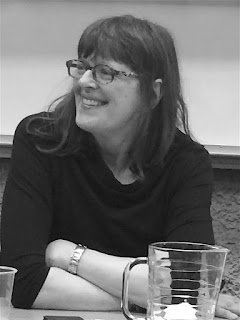 Erín Moure is a poet and translator of poetry based in Montreal and Kelowna. In Canada, the USA, and the UK, she has published 17 books of poetry, a coauthored book of poetry, a volume of essays, a book of short articles on translation, a poetics, a memoir, various chapbooks and broadsheets, and she is translator or co-translator of 17 books of poetry and two of creative non fiction (biopoetics) (and some chapbooks!) from French, Spanish, Galician and Portuguese.

Moure has two above/ground press chapbooks, including panpiped panacea панацея, ten poems by Yuri Izdryk, translated from the Ukrainian by Roman Ivashkiv and Erín Moure (2016) and from the uplands, The Book of the Courel by Uxío Novoneyra, translated by Erín Moure, with an introduction by Antón Lopo (forthcoming, spring 2018).