This is the fourth in a series of short essays/reminiscences by a variety of authors and friends of the press to help mark the quarter century mark of above/ground. See links to the whole series here. 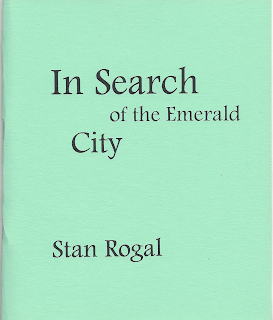 I have known rob since before Jesus was a boy scout. I’ve always wanted to use that phrase and find it somewhat apropos in this situation, noting a certain physical resemblance in comparison to several of the iconic portraits available, as well as the religious zeal with which rob has pursued the elusive muse of poetry. We’ll leave out the (metaphorical) crown of thorns and stigmata for the time. After all, this is meant to be a celebration of above/ground press, right?

How many years ago did we meet? I don’t remember exactly. I do know I was still writing with an electric computer and the Internet was someone’s wet pipe dream.

I met rob when he was an editor for the Carleton Arts Review magazine. I’d make the odd jaunt from Toronto to Ottawa and take part in a launch at the university, raise a few glasses (more than a few) and crash for the night on some student’s couch (or floor) – lots of fun and very Bohemian. At some point rob started (or helped start) a reading series as well as began putting out poetry magazines of his own, and then he was somehow editing and/or judging work in other established lit mags, and being writer-in-res around the country, and blogging, and somewhere along the line there was above/ground press and, lo and behold! he was become a big wheel in the poetry biz, earning himself fame and fortune and…

Sorry, I got a bit carried away for second. Cancel the fame and fortune bit, this is poetry we’re talking about, after all (which brings me back to the crown of thorns, et al…). At any rate, we kept in touch (still keep in touch) and he has been kind enough to print/publish my work – and many, many others -- as well as promote it through invitations to readings, and so on, in his various capacities, for which I am deeply thankful. The man is a force and, more remarkably, has managed to maintain a sense of humour through it all.

Due to him and the press, I have also made the acquaintance of other Ottawa movers and shakers, such as Pearl Pirie and Amanda Earl, who give generously of themselves and their time (and likely their finances) to continue to bang a gong for poetry, even when most of the world doesn’t give a rat’s ass.

That said, I’d like to raise a toast to rob and those other stalwarts who – in the words of Samuel Beckett -- continue to “kick against the pricks” and provide a forum for those of us who rabidly believe that, in a society that is more and more run by bean counters, poetry somehow matters. 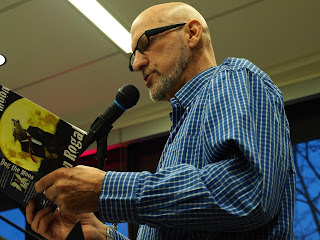 Stan Rogal lives and writes in Toronto. He is the author of 23 books, including 12 poetry collections. He is left-handed and has never owned a cell phone, placing him among the less than 8% of the North American population. Is this final fact either interesting, meaningful or relevant? No, which is precisely why he mentions it.