This is the first in a series of short essays/reminiscences by a variety of authors and friends of the press to help celebrate the first quarter century of above/ground press. See links to the whole series here.

Girls to the Front: The secret punk feminism of above/ground press 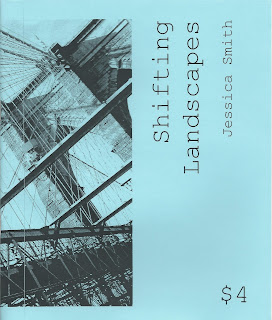 Working at the Poetry Collection of the University Libraries at the University at Buffalo, I was exposed to tons of little magazines from around the U.S. and Canada. I remember a constellation of moments: rob mclennan, Gregory Betts and derek beaulieu did a house reading in Buffalo through the Wednesdays at Four Plus series in 2004, above/ground press existed, I had a manuscript, and somehow, my chapbook Shifting Landscapes was born in 2006.

But that’s how things happen—“In company” as Robert Creeley might say—there’s an intellectual exchange on multiple fronts, someone has access to a copier, and books appear. I remember Charles Bernstein talking about when chapbooks were still “punk”—someone with an idea and a Xerox machine hellbent on distributing poetry. rob’s passion for finding and distributing poetry is probably unmatched. If you subscribe to above/ground press, you receive large envelopes of magazines, broadsides, and chapbooks regularly. rob researches, asking for recommendations for poets to publish. He’s not so interested in selling books that he doesn’t publish new, unknown authors. He seems like an explorer who wants to suss out every poem in North America.

Most valuable to me is rob’s unmatched dedication to finding and soliciting non-male writers. Perhaps this is even more significant in light of the recent news out of CanLit that make it look like a pretty sexist place (not that the U.S. has room to talk, I know). As an editor of a magazine of poetry that exclusively published women (Foursquare), I know how hard it can be to get women to submit their work. Even in a “safe space” of an all-female magazine, I had to solicit most of the work I published. above/ground press publishes all genders, which probably means rob is inundated with submissions from men and has to solicit work from women. What has meant the most to me is how he continues to solicit women’s work for years, while they are going through all sorts of things. He’ll send a little note asking how you are and if you have any work. His notes aren’t forceful or about his concern for publishing—he has plenty of work to publish—but about getting women’s voices to readers. Through rob I have read the work of women who I thought had stopped writing, and discovered young female voices I didn’t know. 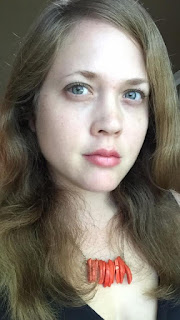 Jessica Smith, Founding Editor of Foursquare and name magazines and Coven Press, works as a teacher and librarian in Birmingham, Alabama. She is the author of numerous chapbooks including Shifting Landscapes (above/ground 2006), mnemotechnics (above/ground 2013), Trauma Mouth (dusie/above/ground 2015), and The Lover is Absent (above/ground 2017) and two full-length collections, Organic Furniture Cellar (Outside Voices 2006) and Life-List (Chax Press 2015).
Posted by rob mclennan at 1:00 PM