This is the thirty-seventh in a series of short essays/reminiscences by a variety of authors and friends of the press to help mark the quarter century mark of above/ground. See links to the whole series here.

above ground press: a quarter century of community and paper cuts 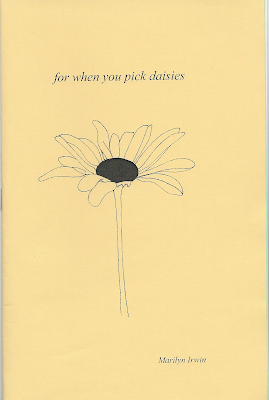 It is hard to consider above/ground press without considering the man who created it and has kept it the well-oiled machine it has been for 25 years now.

The first time I heard about rob was at a book store in Alexandria, Ontario, about 12 years ago. I randomly picked up one of his books off the shelf in the poetry section after a five year hiatus from writing post-high school. The cashier gushed how rob was from the area and looked just like he did in the photo on the back of the book. I bought the book.

The first time I met rob was at a reading of his when I first moved to Ottawa in 2007. He was launching his novel white and about to move out west for a year as Writer-in-Residence at the University of Alberta. I purchased a copy of his book and someone (Ottawa poet Amanda Earl?) told me he would be happy to sign it. I was (still can be) debilitatingly shy but managed to approach him. He inscribed it as follows: “for Marilyn, who I do not know”. As he was packing up the book table, he handed me “a thing,” as he put it. Truth be told, I don’t remember if it was a broadside or a chapbook but it was an above/ground press publication. After the reading, a handful of people went out for drinks at the Dom (Dominion Tavern); Amanda, husband Charles, Pearl and Brian Pirie, Max Middle, Joshua Massey, rob and me. It would be the first of many shenanigans centred around poetry, around this person, a personified nexus, who seemed to know everyone in the local and farther reaching community and who had the stories to prove it. Soon after, rob started handing me envelopes at literary events stuffed to the gills with above/ground press goodies. This was how I came to know the Ottawa poetry community and beyond.

I have lost count of the number of Factory Reading Series events rob has organized in the 10ish years I’ve been going to them but they are usually like family reunions. rob brings people together. rob has and continues to make things easy for us all to find one another – even in this digital age – to trade or buy each other’s books and, often, has been the catalyst for new acquaintances, friendships and lovers (for better or worse). Without rob’s efforts; his publishing, events, encouragement/coaxing of new, emerging and established poets to put new work out into the world, without his workshops (which I’ve taken a few times and totally recommend) and the ottawa small press book fair and reviews and essays, etc., etc., etc., the Ottawa and Canadian poetry communities would look very differently. Personally, my knowledge of the literary landscape would be much less informed. And he has made it all look easy, though I can only imagine how many long-armed staplers he’s been through in the past quarter century or how many paper cuts he’s had or grocery bills he’s tightened to subsidize putting poetry goodness into the world.

rob was kind enough to reprint my first (self-published) chapbook in 2010, shortly after he invited me to read at a Factory event – my first official reading alongside stellar poets Marcus McCann and Cameron Anstee. I have since had seven more chapbooks, two published through above/ground, in no small part due to his gentle nagging for new work from me.

I owe a debt of gratitude to you, rob, for helping me get this far despite my mountains of reservations. So, thanks, rob, who I know, for all that you do and congratulations on such a fine achievement!

I have often heard rob say something to the effect of “I enjoy what I do so why would I stop?” Here’s hoping he continues to enjoy doing what he does; I can’t wait to see what the next 25 years bring. 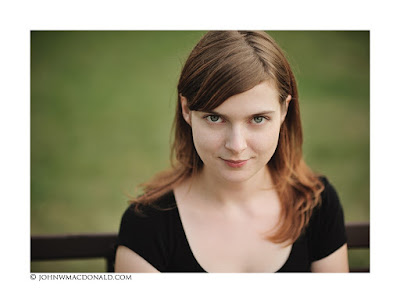 Shortlisted for the 2016 bpNichol Award and winner of the 2013 Diana Brebner Prize, Marilyn Irwin’s [photo credit: John W. MacDonald] work has been published by Apt. 9 Press, Arc Poetry Magazine, bywords.ca, In/Words, Puddles of Sky, and The Steel Chisel, among others. north, her eighth chapbook, and third published by above/ground press, was released in 2017. She runs shreeking violet press in Ottawa.