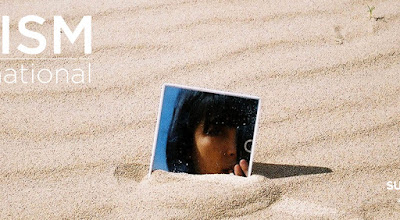 Esther Chen reviewed another above/ground press title online at PRISM International! This time, it was Sean Braune's The Cosmos (2018). Thanks so much! You can see the original review here. This is the second review of Braune's The Cosmos (after Greg Bem reviewed such over at Goodreads). And of course, copies of this (as well as his other two (one, two) above/ground press chapbooks) are still very much available.

An experience in itself, reading Sean Braune’s The Cosmos feels like walking through a beauty and cosmetics section in a department store. The chapbook is part of a larger project and gives the reader a glimpse of what he calls “accelerated reading”, a practice that the author says is “essential to the experience of living in the bluster of 21st Century capitalism”. Indeed, the list-like stream of consciousness that makes up the content of The Cosmos is as strange as it is familiar. One section reads: “argan oil lasting sleek / garnier fructis style / prime first for nonstop sleek pre-styling primer / spot the latest coppertone”. The tone feels frantic—the lack of punctuated full stops leaves the reader breathless, as if trying to read out loud the words that pop into one’s mind at every waking moment. As the author explains in his statement on the piece, the variety of texts that surround us read as disembodied—their agency lost in selling a product. By rearranging the selected phrases with creative intent and enjambment (The Cosmos was partly written with the assistance of a stack of Cosmopolitans from 2015), Braune injects voice into washed-up ad copy. “now learn / more dolce & gabbana” the last stanza urges, “we’re light / blue”.