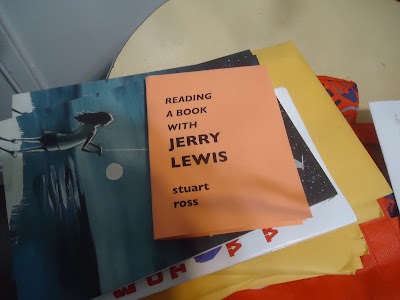 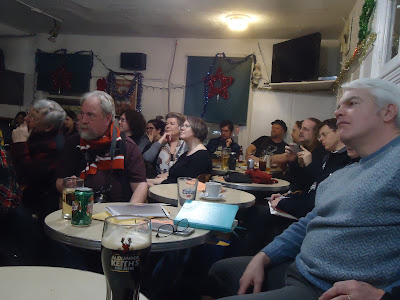 The evening held a myriad of short readings by PFYC regulars, including Amanda Earl, Monty Reid, Frances Boyle, Pearl Pirie and myself, as well as special guests Stuart Ross and PFYC founding member Laurie Anne Fuhr, launching her first trade collection! As with an event like this, there were absences a-plenty, as Jason Christie, Chris Turnbull, Anita Dolman, James Moran, Cameron Anstee, Vivian Vavassis, D.S. Stymiest, Roland Prevost and Janice Tokar simply couldn't make it. And of course, Marilyn Irwin had put herself down as a "maybe" to read, and then I completely forgot to put her on the set list (dammit!). (I'll just have her read twice next year.)

Originally, natalie hanna and Chris Johnson were also on the bill, but natalie had to send her regrets (Chris was simply a no-show; where did he go?). 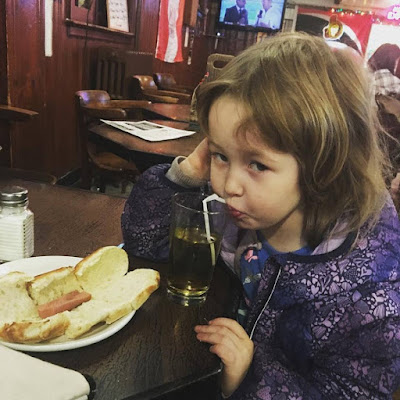 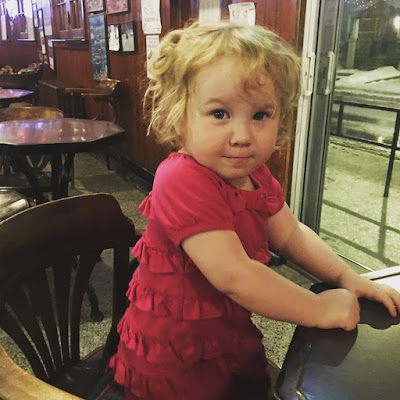 Christine and our young ladies had been there as well, but just up to the point of the readings, when they wandered home for bedtime, which meant, among other things, Christine wasn't able to read. Given the day allowed me to get to the tavern for 3pm for the sake of some writing time, Christine and the wee girls came by around 5pm to join me for dinner, before we headed upstairs to prepare for the event (and the girls danced/ran laps around the room). They also spent a great deal of time attempting to eat further of the lemon icebox cookies I had made that morning. 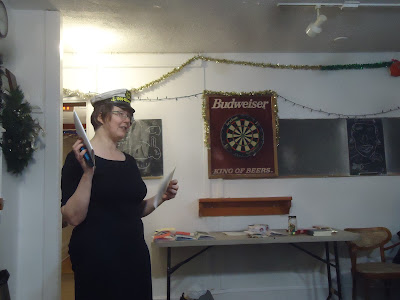 Amanda Earl was good enough to read from her broadside produced as part of the above/ground press 25th anniversary; Pearl Pirie read from two new chapbooks, including one self-produced as a give-away for the event; Monty Reid read from his new above/ground press title, produced as the final item of 2018, composing a sequence on the underground seams of coal throughout Alberta that occasionally catch fire; Frances Boyle read an excerpt from her recently-published novella; and Stuart Ross, who originally hadn't planned on reading, was convinced (with some slight prompting) to read a couple of pieces, including the handout he made for the event. Pearl, as well, was good enough to provide a hat for readers (most of whom declined), a hat she'd only been meaning to bring to the event for years. 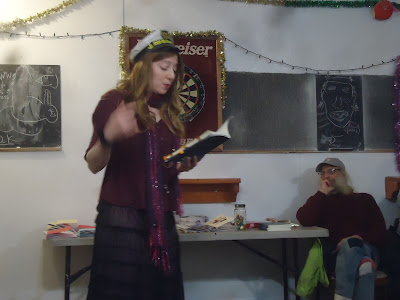 It was very cool to be able to host Calgary-based Laurie Anne Fuhr and the launch of her first full-length poetry collection. A founding member of The Peter F. Yacht Club, way back in 1999 when all of this nonsense began [see the short history I posted on the group back in 2010 here], it was grand to be able to hear her read (and an impressive reading it was! she even managed to slip a drink order to bartender Derek mid-poem, in the most casual way), especially given she isn't able to make it back this way as often as she'd like.