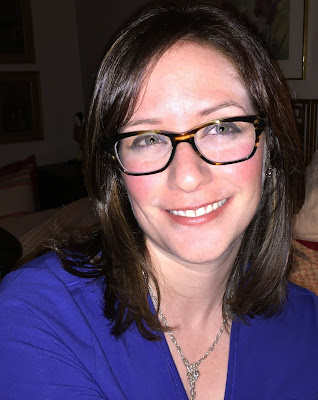 After working for over a dozen years in the digital media and marketing industry, Ruth Zuchter [pictured] launched her freelance writing and editing career in 2013, and the rest, as “they” say, is history. Ruth was the house copy editor and marketing copywriter for BookThug from 2011 through 2017. In that time, she worked on almost 80 different books, including novels, poetry collections, memoirs, and entre-genre titles. She also worked as an editorial intern for Knopf Canada and Random House Canada in 2013. Her poetry has been published in (parenthetical), Influency: A Poetry Salon, and elsewhere. Ruth holds an M.A. in Sociology from Western University and has completed courses with the University of Toronto, Ryerson University, and the Toronto New School of Writing, exploring poetry and prose writing, narrative and language use, and the practice of copy editing. In her off-hours, you’ll find Ruth plucking away at one of the three novels she has on the go or hiking with her husband and two rescue mutts in the wilds of Toronto. She is launching The Mother Suite, her chapbook with AngelHousePress.

Brian L. Flack is the author of three novels … In Seed Time, With A Sudden & Terrible Clarity, and When Madmen Lead the Blind, and a collection of poems … 36 … Poems. He has contributed literary & social criticism to books, periodicals, and academic journals, and written many reviews for newspapers. For several years, he was the host of a weekly radio programme, “Bookviews”, on Q-107, in Toronto. In another life that he enjoyed for almost 40 years, he was a Professor of English Literature. He lives with the painter Susan Straiton ... by the lake, in Prince Edward County, Ontario.

Allison Chisholm was born in Cobourg and lives in Kingston, Ontario. She played glockenspiel in the Hawaiian-Dream-Pop band SCUB. Her poetry has appeared in The Northern Testicle Review, The Dollhouse (Puddles of Sky Press) and Train: a journal of investigation. Her chapbook, On the Count of One, was published in 2017 (Proper Tales Press). On the Count of None (A Feed Dog Book from Anvil Press) is her first full-length poetry collection. She is the curator of the Museum of Tiny Objects.

Sacha Archer is a writer that works in numerous mediums as well as being the editor of Simulacrum Press (simulacrumpress.ca). His work has been published internationally. Archer has two full-length collections of poetry, Detour (gradient books, 2017) and Zoning Cycle (Simulacrum Press, 2017), as well as a number of chapbooks, the most recent being TSK oomph (Inspiritus Press, 2018), Contemporary Meat (The Blasted Tree, 2018) and Autopsy Report (above/ground press, 2018). His visual poetry has been exhibited in the USA, Italy, and Canada. Some of that work, among other things, can be found on his website, sachaarcher.wordpress.com. Archer lives in Burlington, Ontario.