This is the thirty-fifth in a series of short essays/reminiscences by a variety of authors and friends of the press to help mark the quarter century mark of above/ground. See links to the whole series here. 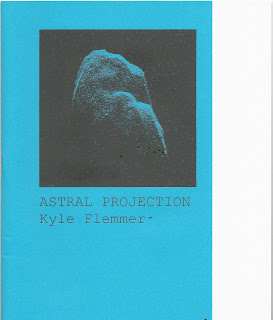 I only met rob mclennan in person recently, but that is not to say we haven’t interacted since being put in touch by a mutual friend. Our relationship has been characterized by a steady exchange of emails, publications, and social media love. Never have I encountered a man with so many irons in the fire, nor someone so willing to collaborate or spread the good word. That he has been behind above/ground for a quarter century is both humbling and makes total sense. He gives off a contagiously conspiratorial, even brotherly, vibe, even in emails.

When rob mailed author copies of the first chapbook above/ground published on my behalf, he included dozens and dozens of chapbooks by a wildly diverse range of authors. Unpacking that box, I knew instinctively the unspeakable amount of work and care that must go into the press, the dedication and love which this trove of chapbooks represented.

Since then, rob has involved me in at least a half dozen other initiatives, some with above/ground, some not, including interviews, email blasts, anthologies, another chapbook, and more. He recommends calls for submission, asks me to consider and explain my projects in ways I hadn’t thought of yet, to review and engage with writing beyond my usual scope, sharpening me to the kind of discourse expected of poets and publishers. He shines a light on work which might otherwise be ignored, overlooked, or underserved, championing emerging writers in a way few publishers can claim, all while continuing to sustain established writers.

Incidentally, the magazine I edit is also celebrating its twenty fifth year in operation, so I think I know a little something about what rob has gone through to make above/ground so enduring … just kidding, I’ve only been a literary type for a few short years and am continually floored by the herculean feats of publishing he seems capable of performing with ease. While I make no claims to a full understanding of the history of the press, the couple of years I have been receiving above/ground publications have been about as deep an immersion in the literary currents of our time as I ever expect to find in an indie press.

Finally, I got to meet rob the weekend of the Meet the Presses Indie Literary Market in Toronto this November. Though I’ve tabled at several small press and zines fairs before, this was my first time traveling for a market, and unlike other markets in this vein, MtP has a distinct ‘family reunion’ vibe about it. Without surprise you will learn that rob was among both the welcoming and farewell gatherings, so I was able to get to know him a bit over the weekend, but the image I took away of the man behind above/ground was of him at the market, stationed across the aisle and a couple spots down from me, table loaded with a rainbow sea of chapbooks, him beaming and waving and in his element, and I could feel the contagious enthusiasm radiating off him all day. 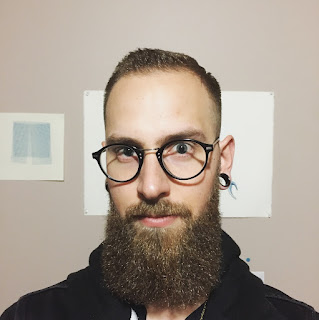 Kyle Flemmer founded The Blasted Tree Publishing Company in 2014 as an outlet for his writing and to build a community of emerging Canadian artists. He is currently the Managing Editor of filling Station magazine, were he served as Associate Poetry Editor for two years. Kyle graduated from Concordia University with a double-major in Western Society & Culture and Creative Writing, where his poem White Dwarfs was a finalist for the 2016 Irving Layton Poetry Award. Kyle has released several recent poetry chapbooks, including Coronagraphic (2018) and ASTRAL PROJECTION (2017) from above/ground press, and Lunar Flag Assembly Kit (2017) from no press.