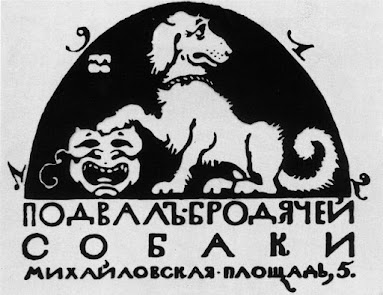 Rummaging in the knocked over
garbage cans for something

(that feeble figure of authority)
by feeding the stray cats

and encouraging their rascality,
and all those Russian poets

down at the Stray Dog Café
were baying and howling

at the bright above-the-steppes
lunatic moon.

copulate in the back alleys
or any alleys they might find.

History happens, the mass graves
get dug and filled,

the unwanted disenfranchised
are always slaughtered.

Sometimes they live again,
momentarily, in my stray lines.