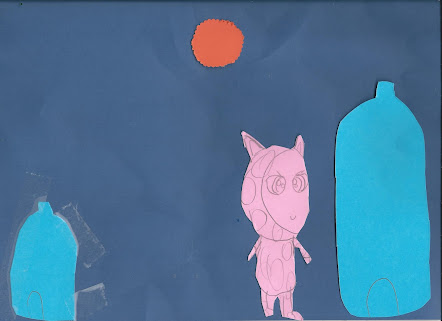 TWENTY-NINE YEARS! The race to the half-century continues! And with more than ONE THOUSAND TITLES produced to date, there’s been a ton of above/ground press activity over the past year, including some FORTY-FIVE CHAPBOOKS (so far) produced in 2021 alone (including poetry chapbooks by Franklin Bruno, Gary Barwin, Emily Izsak, Jen Tynes, Valerie Witte, Robert Hogg, Ken Sparling, Jessi MacEachern, Nathan Alexander Moore, Katie Naughton, Summer Brenner, Monica Mody, Kōan Anne Brink, Gregory Betts, Ken Norris, Michael Sikkema, M.A.C. Farrant, Jamie Townsend, Conor Mc Donnell, Adam Thomlison, Alyssa Bridgman, James Lindsay, David Miller, Amish Trivedi, Ava Hofmann, JoAnna Novak, Sandra Moussempès (trans. Eléna Rivera), Franklin Bruno, Helen Hajnoczky, Edward Smallfield, Valerie Coulton, James Hawes, Anik See, David Dowker, Shelly Harder, Alexander Joseph, Amanda Earl, Joseph Mosconi, Brenda Iijima, Al Kratz, Saeed Tavanaee Marvi (trans. Khashayar Mohammadi), Jason Christie, katie o'brien, N.W. Lea, Andrew Brenza, all of which are still in print), as well as issues of the poetry journals Touch the Donkey [a small poetry journal], G U E S T [a journal of guest editors] (with issues guest-edited by Pearl Pirie, Melissa Eleftherion, Melanie Dennis Unrau and Kirby, with forthcoming issues guest-edited by Edric Mesmer and Yellow Edenwald Field) and The Peter F. Yacht Club (there hasn’t been as many of these since pandemic began, but expect a new issue in early 2022, as the world begins to properly open up again). Obviously The Factory Reading Series is on hold for the time being (until I have the time and energy to begin to try to figure out something else, I suppose), but have you seen the virtual reading series over at periodicities: a journal of poetry and poetics (with new monthly online content, by the way; the pandemic-era extension of above/ground press).

2022 annual subscriptions (and resubscriptions) are now available: $75 (CAN; American subscribers, $75 US; $100 international) for everything above/ground press makes from the moment you subscribe through to the end of 2022, including chapbooks, broadsheets, The Peter F. Yacht Club and G U E S T and quarterly poetry journal Touch the Donkey (have you been keeping track of the dozens of interviews posted to the Touch the Donkey site?). Honestly: if I’m making sixty or seventy chapbooks per calendar year, wouldn’t you call that a good deal? I mean, it all does seem ridiculous.

Anyone who subscribes on or by November 1st will also receive the last above/ground press package (or two or three) of 2021, including those exciting new titles by all of those folk listed above, plus whatever else the press happens to produce before the turn of the new year, as well as Touch the Donkey #31 (scheduled to release on October 15), a journal that turns eight years old next spring!