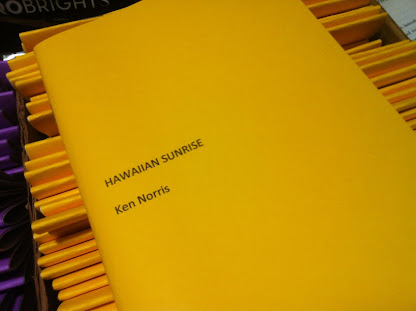 From your airplane window in the clouds
you couldn’t have imagined it.

Waves rolling in peacefully in the Hawaiian sunrise,
the depth of greenery.
All the usual dreams of coco-palms
and early morning beach volleyball.

And the sand that gets into everything

Empty hearts get happy.
And all the cameras come out.

Small white boats
bobbing and rolling in the blue.