new from above/ground press: Bridge and Burn, by Jason Christie 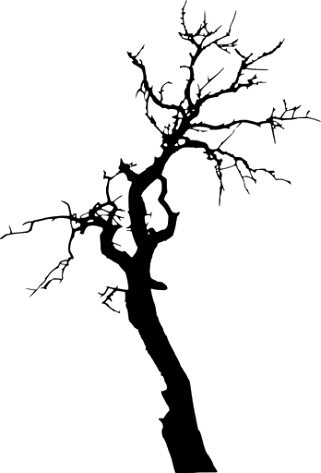 A stereo falls in the forest, in HD, a radio falls
And nobody hears because they weren’t there,
Weren't wearing headphones, weren’t paying
The high cost of attention to their surroundings.
What I wanted to say got lost somewhere nearby.
A duck walks into the, um, lemonade store and
Uh, says could you put this Chapstick on my bill?
Could you bill me later for this stick, chap? Could
You stick me later with this bill for your chapbook?
Tossing and turning, whispering sweet nothings
To myself like: retreat or surrender, turning it over
And tossing it all away in the morning, like who knows
Better than some quack with a feather stuck in his cap?
I certainly don’t have a viable idea for our garbage
Other than to keep it in a locked bin in the alleyway.
As to when I might get paid for my unique
Sense of what colours should go together or
Which celebrity couple should next get caught
Making out in the moonlight, I don’t want to say.
Anyway, what I would say instead is that I don’t
Want to pretend to tell you how to read this
Poem, or what to make of your own boundaries.
Which is itself a kind of beginning and end. On
The one hand, I’ve invoked you now. And who
Will you become in the confines of this writing?
Who will you be tomorrow, or the next day, and
What side would you order, if you could, what
Kind of wine to accompany your main course? You
Are going to get it (hopefully) where it resembles
That whistling sound when the noises of day fade
Coming from the void inside every object. And now
I’ll show you out. That, my friends, in short defines
What it means to consolidate power by organizing
The things you can’t do yourself and making them
Recognize your sovereignty (even if you pay for it).
It is all part of the authorial illusion that I know
Of what I write, and you will eventually know too,
That we’ve made a kind of bargain to be here
Together in an act of understanding what it means
To write this all down, what it means to read it.
These words are the result of immense privilege,
They represent a kind of immaculate waste that
Burns at the cost of ignoring important, vital things
Occurring all around me, and possibly around you.
What price, to escape that awful limit that keeps
Binding me to the letters I’ve set down in this way?
What cost, to understand words without a care
That they mean anything to anyone, that they matter?

Jason Christie lives and writes in Ottawa. He is the author of Canada Post (Invisible), i-ROBOT (Edge/Tesseract), Unknown Actor (Insomniac), and Cursed Objects (Coach House). He has just completed a new manuscript of poetry he wrote with the help of several Python scripts.