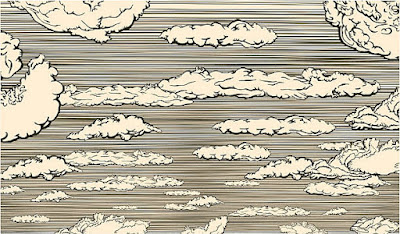 I was trying to write an elegy. Contrails. What is our relationship to the human body? A land we stand upon and spoil. Tales of villainy, richness. Darkness. The earth provides.

No longer of being,
but belonging.

How, then,
to write?

Truth lies
in the destruction.

published in Ottawa by above/ground press, April 2019 as part of Dusie Kollektiv 9: “Somewhere in the Cloud and Inbetween”—A Tribute to Marthe Reed (1958-2018) as an unofficial/official element of this year’s New Orleans Poetry Festival, April 18-21, 2019. Much thanks to Susana Gardner for her ongoing support.

Born in Ottawa, Canada’s glorious capital city, rob mclennan currently lives in Ottawa, where he is home full-time with the two wee girls he shares with Christine McNair. The author of more than thirty trade books of poetry, fiction and non-fiction, he won the John Newlove Poetry Award in 2010, the Council for the Arts in Ottawa Mid-Career Award in 2014, and was longlisted for the CBC Poetry Prize in 2012 and 2017. In March, 2016, he was inducted into the VERSe Ottawa Hall of Honour. His most recent titles include the poetry collections How the alphabet was made (Spuyten Duyvil, 2018), A halt, which is empty (Mansfield Press, 2019) and Household items (Salmon Poetry, 2019). An editor and publisher, he runs above/ground press, seventeen seconds: a journal of poetry and poetics (ottawater.com/seventeenseconds), Touch the Donkey (touchthedonkey.blogspot.com) and the Ottawa poetry pdf annual ottawater (ottawater.com). He is “Interviews Editor” at Queen Mob’s Teahouse, editor of my (small press) writing day, and an editor/managing editor of many gendered mothers. He spent the 2007-8 academic year in Edmonton as writer-in-residence at the University of Alberta, and regularly posts reviews, essays, interviews and other notices at robmclennan.blogspot.com

This is mclennan’s sixty-first above/ground press chapbook, following Study of a fox (2018), snow day (2018) and It’s still winter (2017). This chapbook, along with snow day, is part of the as-yet-unpublished manuscript, “snow day.”