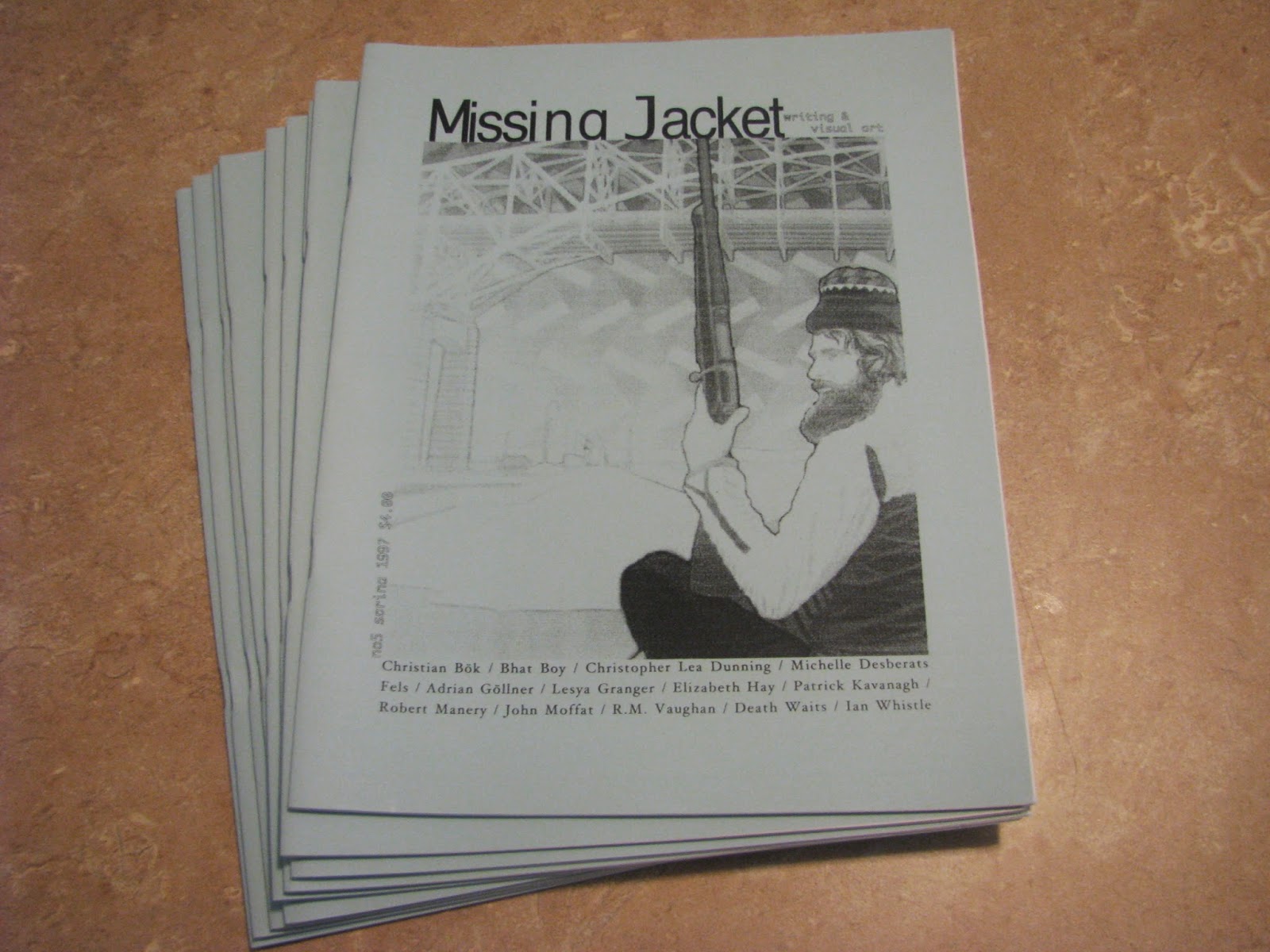 Given my recent post detailing the bibliography of STANZAS magazine, I thought it might be interesting to go through another one of my late projects through above/ground press, the lamented Missing Jacket. Throughout the 1990s, I noticed how far apart the different artistic communities within Ottawa were, but for occasional individuals such as Dennis Tourbin and Michael Dennis that existed as a link between artistic groups. There was so much activity that wasn’t interacting, and artistic practices that somehow kept up barriers between them. There were stories of the late 1980s at Gallery 101, when Dennis Tourbin ran it, with literary events beside shows of artwork (back when Rob Manery and Louis Cabri ran The Transparency Machine events there).

I had spent a couple of years prior hanging around the Enriched Bread Studios and Gallery 101, as well as with artists Diane Woodward and David Cation, and wanted to attempt a magazine of writing and visual art through the City of Ottawa. We held the first issue launch at Enriched Bread, with artwork from all of the artists featured in the issue, and readings from a variety of contributors.

Had I had more resources (and perhaps wasn’t doing the entire journal by myself), perhaps it might have been able to continue, and the weight of which might not have simply collapsed. Almost exclusively run by myself, I was fortunate enough to have various authors and artists contribute enormously, whether their own work or via interviews, and former Montreal writer and ga press co-editor/publisher Colin Christie even designed the last couple of issues (before it all fell apart).

If anyone is interested, I still have mounds of copies sitting around the house. I would like to think that there is some interesting material within. Perhaps, even, a little portrait of the late 1990s arts community in Ottawa.

Where did the title come from? We had a little gathering in the apartment Tamara Fairchild and I once shared, and Brian Hill, co-editor of Ink magazine, had left his jacket behind; I misunderstood the phone message when Tamara informed: “Brian from missing jacket called.” I thought it was a magazine that already existed. When I realized it wasn’t, well…