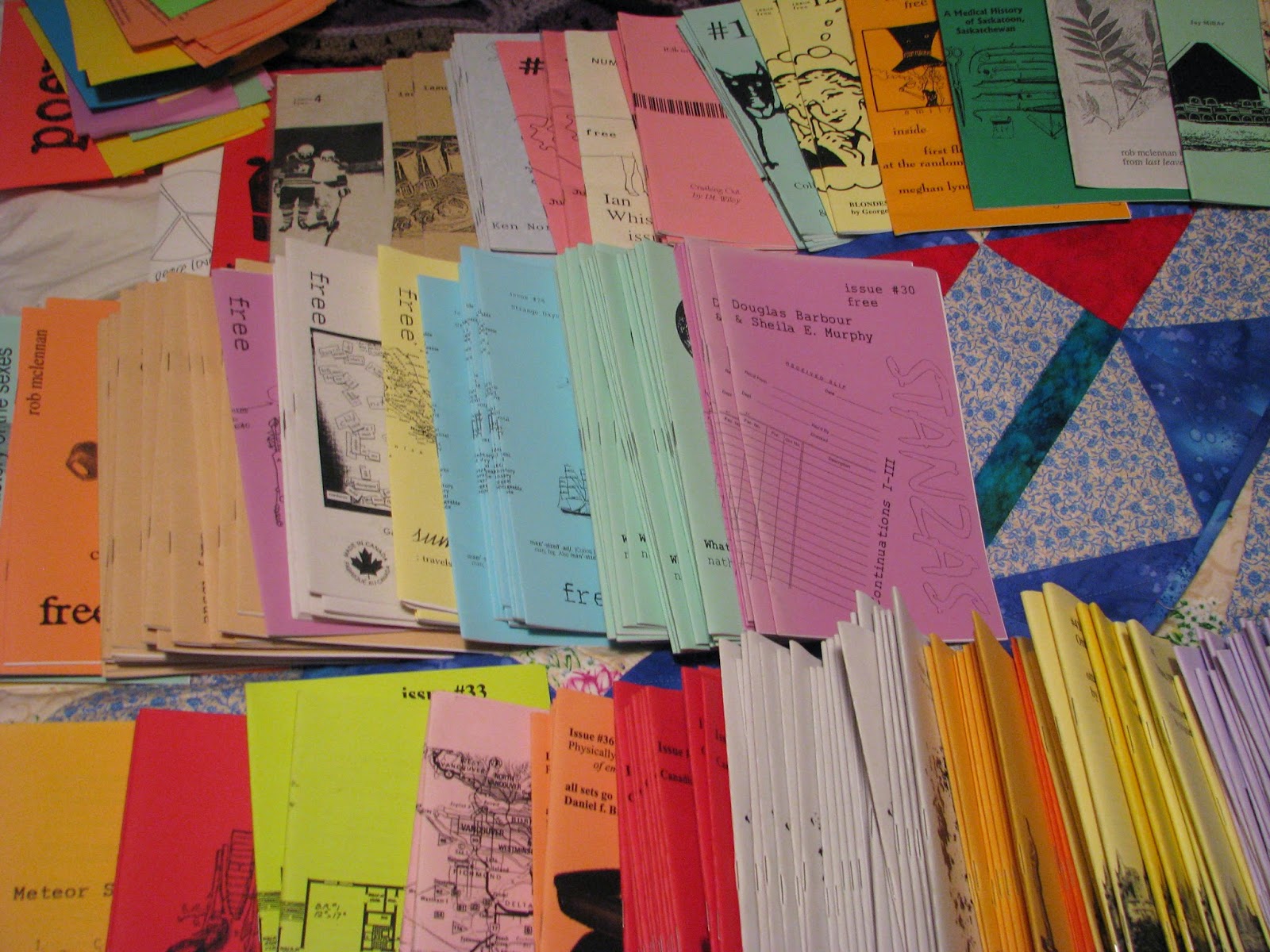 Perhaps I should finally admit that my long poem magazine STANZAS is in the past tense. I’d long been hoping that the journal would make it to fifty issues, but that doesn’t seem to have happened. Although I haven’t given up the idea that I might produce one further, final issue as a trade anthology, keeping with the model the journal originally had of George Bowering’s twice a year IMAGO (1964-1974).

When I originally started above/ground press, I wanted to produce both magazine and chapbooks, and couldn’t imagine attempting to sell two different series; the idea was that if I had the journal as gratis, then it might help publicize the chapbooks, therefore the far larger print runs. I could mail a box of issues to anyone, anywhere (which happened far less than I would have liked, given the state of my finances) for distribution.

Over the past few months, thanks to our move last year into a house, I’ve been finally able to start digging through dozens of boxes, attempting to put together a single set of the whole run for possible inclusion as a perk for our big Chaudiere Books Indiegogo campaign (I’m hoping to add one or three items over the next week or so, to acknowledge the mid-way point of our current campaign). There are some issues I have a surprising number of copies of, still, and some that I have yet to locate. For the sake of interest, here is a rough bibliography of the entire run: