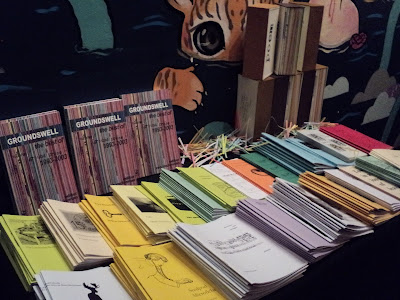 I'm still wiped out from the above/ground press 20th anniversary reading / launch / party held at The Mercury Lounge on August 23, with readings and launches by Marthe Reed, Gary Barwin, Marcus McCann, Wanda O'Connor and Monty Reid. Pearl Pirie was good enough to post a report on the event, as well as various photos on her flickr account. We had a packed house on the second floor "lounge level" of The Mercury Lounge, with a crowd of some sixty people or more, with five readers eacch reading under sparkly lights. The crowd included various above/ground press authors, numerous other writers and friends of the press including Amanda Earl, Rhonda Douglas, Rod Pederson, Vivian Vavassis, Steven Artelle, Jason Camlot, Cameron Anstee, Alexander Monker, Stephen Brockwell, Gwendolyn Guth, Frances Boyle, Charles Earl, Pearl Pirie, Jeff Blackman, Marilyn Irwin, JM Francheteau, Roland Prevost, Janice Tokar, Craig Calhoun, Brian Pirie, Mark Schaan and tons of others. Even my father-in-law was there, with his wife. Amazing! Thanks so much to the readers, the entire audience, and Sara Ainslie of The Mercury Lounge for their generous support. 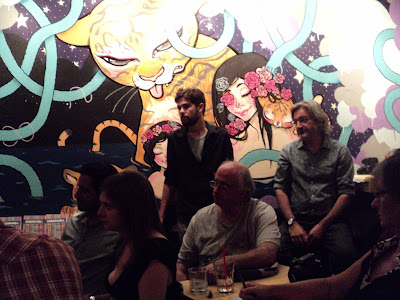 Sometimes I really do find it amazing that I've managed to keep the press going for as long as I have, twenty continuous years of publishing. The other day, I even realized I'm most likely about five or six publications away from having produced seven hundred items through above/ground press. I've been amazed over the years at the wealth of writing and writers I've been fortunate enough to publish through the press, and the enormous support that I've received, both locally and far, far beyond. 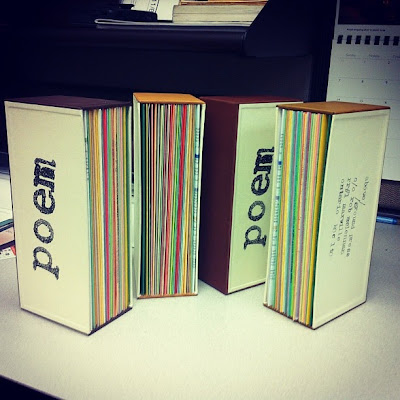 Christine spent a couple of days beforehand building leather-bound cases for above/ground press "poem" broadsides, and she ended up making a "fetish object" of thirty "poem" broadsheets in a numbered edition of ten copies. Absolutely beautiful! All but two were immediately snapped up, and we think we're holding those back for something to come, soon (watch for announcements). Aslo, Cameron Anstee was good enough to produce a chapbook through Apt. 9 Press of the interview he spent six weeks or so conducting with me on the history of the press. Copies were available at the anniversary reading, and can now be ordered directly from him (while supplies last, obviously). 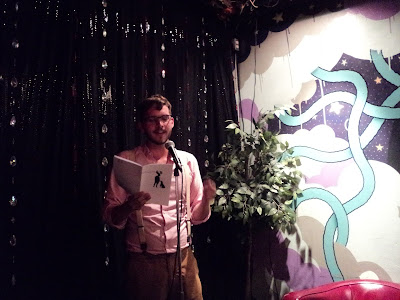 Local favourite Marcus McCann returned to town to launch his new above/ground press chapbook, constructed as an essay-through-poems on the work of Montreal poet David McGimpsey. Did I mention how much we miss him since he left for Toronto and Law School? 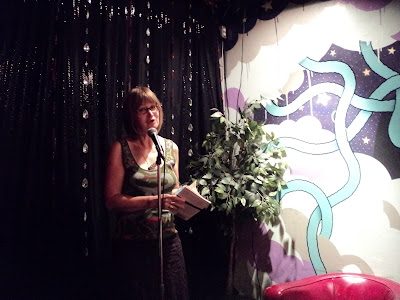 American poet Marthe Reed came to Ottawa to do her first Canadian reading, and read from a chapbook produced from a much larger work-in-progress. Now that she's recently moved with her family from Lafayette, Louisiana to New York State, hopefully this will simply be the first of many Canadian readings. 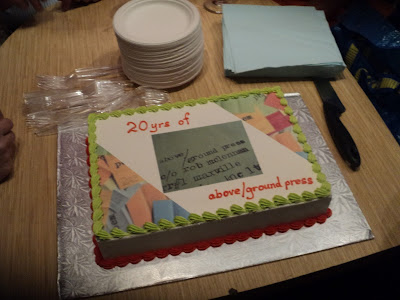 And can you imagine, Christine even ordered a cake? It isn't a birthday party without a cake. (I do have the most amazing wife.) 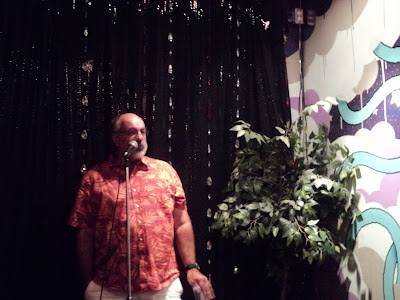 Monty Reid launched a sequence of poems, and brought a calming, meditative effect to the evening. It's been interesting to see that most of Monty's published work over the past few years have been stretched-out, meditative sequences. It's long been a thread of Reid''s work, but it seems to be far more prominent now. 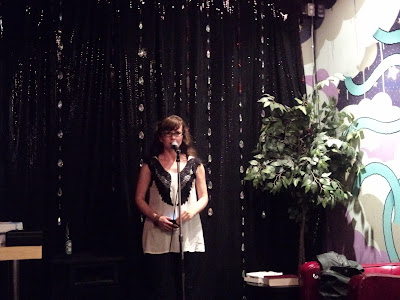 It might have taken nearly a decade of soliciting, but it was well worth the wait to be able to produce a chapbook by Wanda O'Connor, long moved from Ottawa to Montreal. This is easily the strongest work I've seen from her so far, and I'm excited to see what she releases next. She was also kind enough to present me with a gift-bag of Concordia-related items, and a t-shirt she had made for me, using the photo Brian Pirie took of an above/ground press "poem" broadside. 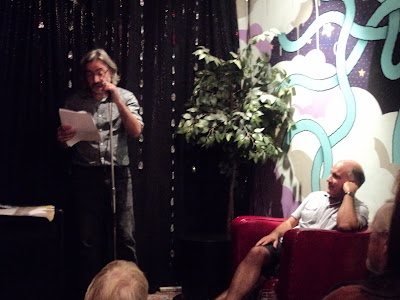 The last of the five readers, Gary Barwin, grew up in Ottawa (he attended the same high school as actress Sandra Oh and my daughter Kate, although at very different times), and always brings a variety of Barwi (what his father, Dr. Barwin and I have agreed is the plural of "Barwin") to any event, and this event was no different. The only regret is that Gary doesn't manage to come visit us more often.
Posted by rob mclennan at 10:31 AM