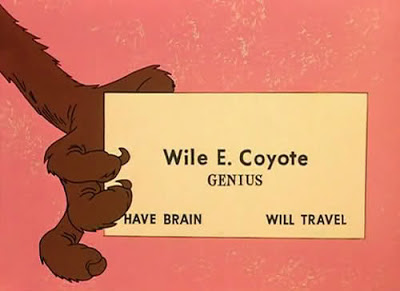 Practices inhabited herein might include: the role of the maternal under patriarchy, the engendering of personal memories, the cloak of downward American mobility—commonalities and not—or, emo-hipsters and reality TV stars, “with that small fist pump // now used / to indicate / irony’s uselessness.” No stranger to techniques minimalistic or the over-read line made modernly familiar by Jean Rhys, Armantrout’s work continues—here in small scale, else writ large—to [decipher phatically] the obscurantist’s archaeology of speech made poetry: “let volumes speak volumes.” To quote from is nearly to quote in entirety these four poems! As always, Armantrout’s syllables are scant but not underwhelming, tensile in prehensility: “Water-strider, pond skater, / Jesus bug // skitters across the surface / tension // and // the ‘least-area surface’ / (flat, smooth) // has a surface tension / of zero.” Why strand that and, uncoupleted? Just as deity and insect reconnect and make anew construct, so surfaces work, rework, make riptide of ripple.

As a feather, falling. So might go a line in mclennan’s latest, off his Ottawa-based press, above/ground. Modernity on the half-shell, emphasis plays folie à deux; as though Woolf were whispering to Robert Lax through a hearing[,] trumpet filled with water. These poems, each writ in dedicatory fashion and epigraphed, fall halved in binomial sets. They may be lean, stark, like “Laden, speech. A poor frail body. Swims. A mouth shapes words.” Other times they forget their own rules, at best, as in one for Pearl Pirie, titled “The learning curve that sometimes manages, itself”: “The gathering place of something, we. I can’t recall. It was I who called, who called, who.” And, in an uncommon third section, a coda, from the same—“Was contemplating an action. In, action. Inaction. We were, contemplating, we. Action. We were simply, in. This was, simply. This simply, was.” Minimalism is not wager against the sentence, nor: it is here a direct action in media res that may append its own apprehension. How, like a comma.

“Tears are a way of staring.” Perhaps, wrote Kristeva, also a form of nonverbal articulation… There are so many such articulations—verbal, at least partly—that one has the feeling of watching Balla’s dog awalk with feminism’s theoretician. I am reminded of the sway Irigaray’s words have long had over me: that there may be no way to utter outside the patriarchal forms of language inherited, but we try anyway. Such utterances iterate in one of hastain’s latest, as where the reader encounters “non-articulable gender,” “how to be other-than,” “You wanted me to name you there,” “Oh female he,” “our interactive contour,” “To be gripping and gridding differential like this,” “Tactics and tacits. Creamy ratios,” “Like scaling a curve.” Prose sections find again and over definitions we knew of ourselves but had no way to say, as where asking: “a rainbow when there is no sun?” A lunar rainbow then, known to appear over Niagara Falls on nights of full moon, as Margaret Fuller went looking for (but didn’t see) in 1843. It’s that hastain’s images continue to find embodiment that make xir work—not so far beyond the concept, so much closer than theory—“A form full of noise.”