This is the twenty-eighth in a series of short essays/reminiscences by a variety of authors and friends of the press to help mark the quarter century mark of above/ground. See links to the whole series here. 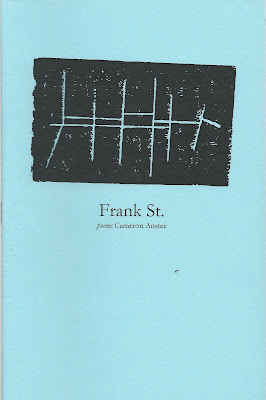 I have tried to read every one of the essays posted about above/ground to mark its 25th anniversary. The through-lines are unsurprising—rob’s generosity, the aesthetic, the distribution, the tireless work—while the unique elements are revealing and fascinating—a first chapbook, something more experimental that didn’t fit in the normal body of someone’s work, an important point of contact to the community when perhaps there wasn’t one before. The more I read, though, the longer I put off trying to write my own contribution to the series as everything I wanted to say was gradually articulated carefully and thoughtfully by someone else, which only goes to show the kindness and support rob has offered to so many over the years. I’ve written about rob before trying to get at some of it and to express my gratitude, and I interviewed him five years ago when the press turned 20 trying to document some of what he’s done.

As a writer, I am deeply grateful for rob’s support. He published two of my chapbooks, I’ve got one entry in the ubiquitous series of poem broadsides, and I’ve been in the pages of more of his magazines, anthologies, and online efforts than I can count.

As a reader, I am astonished by how many things on my shelves have passed through rob’s and above/ground’s hands (and reliable long-arm stapler). I’ve been a subscriber for approximately a decade now (including one year rob gifted me the subscription when I couldn’t afford to keep it up), meaning several hundred chapbooks, poem broadsides, magazines, and other items are somehow held on my bookshelves. Every time I think I’ve managed to wrestle control of the latest above/ground works, a new envelope arrives. No one causes my small press filing system more problems than rob.

The numbers (to say nothing of the energy required) seem more unbelievable every time a new chapbook or four show up in the mail. Is there another chapbook or micro press that has published so many titles, so consistently, for so long? I think when rob is finally done, presumably in another two or three quarter-centuries with a couple thousand more publications credited to the press, it will be an unparalleled act of small press creation.

I hosted a reading last year to mark the 24th anniversary, and at the time tried to find some comparisons to put the longevity of the press in context. The only one that sticks with me now is that rob was born in 1970, meaning he was 23 when above/ground first appeared, meaning he has now been running the press for two years longer than he didn’t run the press.

I’ll end by saying this, and as a chapbook publisher myself I feel it is the highest praise I can offer—I wish I had published many of the books that rob published with above/ground. You could pick your favourite 25 titles from above/ground, or even just a dozen, and those alone would constitute an impressive list for any chapbook press. There is a great deal to admire and to value in above/ground, as these essays have been arguing collectively. Congratulations, rob, and thanks for all of it! 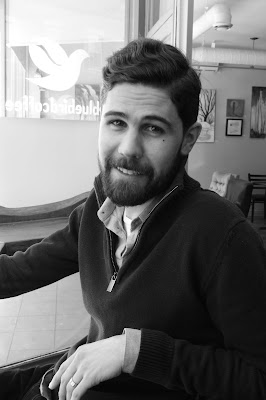 Cameron Anstee lives and writes in Ottawa ON where he runs Apt. 9 Press and holds a Ph.D. in Canadian Literature from the University of Ottawa. He is the author of one collection of poetry, Book of Annotations (Invisible Publishing, 2018), and editor of The Collected Poems of William Hawkins (Chaudiere Books, 2015).

Anstee is the author of two above/ground press chapbooks, including Frank St. (2010) and Regarding Renewal (2012).