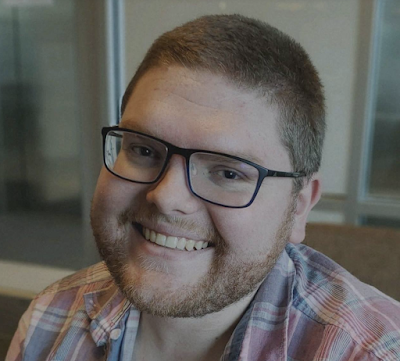 David Alexander is the author of After the Hatching Oven, new from Nightwood Editions. His poems have appeared in Prairie Fire, The Malahat Review, The Puritan, subTerrain, The Humber Literary Review, the Literary Review of Canada and many other fine journals and magazines. David volunteers as a reader for The Puritan and works in Toronto's nonprofit sector.

Kate Siklosi lives, writes, and thinks in Toronto. She is the author of three chapbooks, po po poems (above/ground press, 2018), may day (no press, 2018), and coup (The Blasted Tree, 2018). Her poetry has also been featured in ditch, magazine, Dusie, NoD Magazine, 3:AM Magazine, and 2018's nationalpoetrymonth.ca. She is the cofounding editor of Gap Riot Press, a neat little feminist experimental poetry chapbook press.

Stan Rogal lives and writes in Toronto. He is the author of 23 books, including 12 poetry collections. He is left-handed and has never owned a cell phone, placing him among the less than 8% of the North American population. Is this final fact either interesting, meaningful or relevant? No, which is precisely why he mentions it. Rogal is the author of four above/ground press chapbooks, including In Search of the Emerald City (1997), “THE CELEBRITY RAG: Opá” (STANZAS #44, March 2006), All Watched Over By Machines of Loving Grace (2004), and muscle memory (2018).

Ian Martin [pictured] is, by and large, bi and large. His writing has appeared recently in Pretty Owl Poetry, In/Words, rout/e, and Absolutely Orbital. Ian has released 4 chapbooks, including PLACES TO HIDE (Coven Editions, 2018) and YOU'RE GOING TO HAVE TO KEEP THIS UP FOREVER (AngelHousePress, 2018). When he’s not writing, Ian is developing small video games and complaining online. [www.ian-martin.net]

Bruce Geddes's fiction has appeared in The New Quarterly, Great Lakes Review and The Hart House Review, and he has written two books for Lonely Planet and worked as a producer for the CBC. With a MA in Latin American Literature, he’s a graduate of the Humber School for Writers. Bruce lives and works in Toronto and his new novel, The Higher the Monkey Climbs was just published by NON Publishing in Vancouver. Follow him on Twitter @olbrucie

Manahil Bandukwala is a poet and artist currently living in Ottawa. She is an editor for In/Words Magazine & Press, run out of Carleton University. Her work has appeared in or is forthcoming in The Puritan, Room Magazine, Ricepaper, ottawater, Bywords.ca, In/Words and Coven Editions, among others. She’s currently completing her undergrad in English at Carleton University. Follow her on Instagram @bandukwali, or on Twitter @manaaaahil for photos of her art and news on her upcoming projects. She is launching a new chapbook through natalie hanna's battleaxe.