new from APT. 9 PRESS; I simply began: above/ground press at 20 [an interview with rob mclennan] 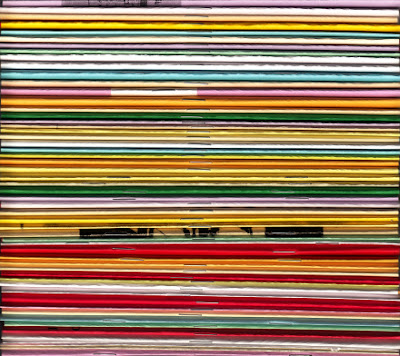 above/ground press author (and friend of the press) Cameron Anstee spent a few weeks working on an interview with me for the upcoming above/ground press 20th anniversary, now available (for pre-order) as a chapbook through his own small press, Apt. 9!

The publication sees official launch on Friday, August 23, 2013 at The Mercury Lounge (second floor lounge) as part of the 20th anniversary above/ground press reading/launch/party! I'm still waiting on a final confirmation before announcing, so watch this space over the next little bit for the announcement of readers and new publications!

This month, Apt. 9 Press is thrilled to be publishing an extended interview with rob mclennan: I simply began: above/ground press at 20. rob’s above/ground press is celebrating itstwentieth anniversary in August 2013. For any small press activity, this would be a stunning accomplishment. In Ottawa, a city that hasn’t always been as active as some others in the Canadian landscape, it takes on greater significance. Apt. 9, so often concerned with its Ottawa-specific context, could not let this anniversary go by without doing something to mark the occasion. So, we set up with rob over email for eight weeks and asked him about the origins of the press, what was happening in Ottawa when he got going, what his ambitions were, what they’ve become, what he’s proud of and what he regrets, how many staplers he’s gone through, how he’s funded the entire operation for twenty years, the material aesthetics of what he does, and an awful lot more.
The chapbook will be ready and available on Friday, August 23 at the above/ground press twentieth anniversary reading at The Mercury Lounge. rob is still lining up his readers, but from what we’ve heard so far you won’t want to miss it. We’ll post all the details here as they emerge.
Congratulations, rob, and congratulations, above/ground press! Hey, you can almost drink in the US. 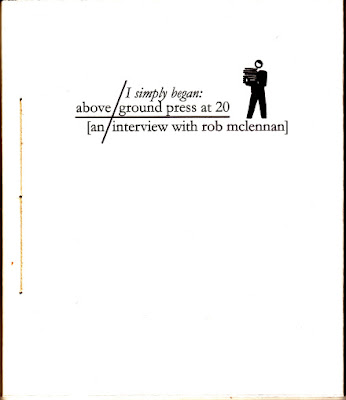