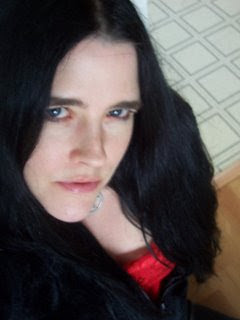 Catherine Owen [see her 12 or 20 questions here] has been publishing and performing poetry since 1993. Her work has appeared in periodicals such as The Dalhousie Review and Poetry Salzburg. Titles include: Somatic – The Life and Work of Egon Schiele (Exile Editions 1998), nominated for the Gerald Lampert Award, The Wrecks of Eden (Wolsak and Wynn, 02), shortlisted for the BC Book Prize, and her new collections, Shall: ghazals (Wolsak and Wynn, 06) and Cusp/detritus (Anvil Press, 06), both longlisted for the Relit Prize, while the latter made the shortlist for the George Ryga award for socially conscious literature. A selection from Seeing Lessons, on the pioneer photographer, Mattie Gunterman was recently nominated for the CBC Literary Awards. Her poems have been translated into Italian (Caneide with Joe Rosenblatt, 05) and Korean. She has a Masters degree in English (Simon Fraser University, 01), collaborates with painters/dancers, practices photography, and plays bass/sings in the blackmetal band, INHUMAN.
Mail all your money (payable to rob mclennan) to:
rob mclennan, writer in residence
Department of English and Film Studies
University of Alberta
3-5 Humanities Centre
Edmonton, AB T6G 2E5
$6 (+ $2 for postage; outside Canada, $6+2$ US)
(while supplies last; produced in a numbered run of 200 copies)
above/ground press subscribers rec' a complimentary copy; 2008 subscriptions still available
Posted by rob mclennan at 5:18 PM