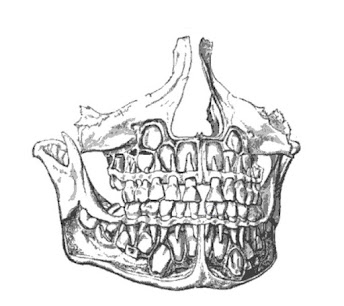 I went to see Hackenfeller, my dentist, on Thursday, not to see Hackenfeller himself, although I have nothing against him — he has been my dentist for half-a-dozen years without incident — but to have my teeth cleaned by Clara, his dental hygienist, a large, voluptuous, melancholy, white-blond woman of thirty-four whose husband left her eight months ago after an undiagnosed case of Lyme disease developed into an auto-immune disorder that causes her debilitating pain — she told me that at night, when she tries to sleep, it is as if her blood had turned to acid. She can barely keep her job as a dental hygienist let alone have a relationship with a man or any kind of social life and thinks constantly of suicide, has daily suicidal thoughts even when the pain abates and she can dream of happiness again. Of course, Hackenfeller won't dismiss her because of what happened that one time when his marriage was on the rocks, despite her inability to work regular hours, her tendency to leave the chair in the midst of a gum examination, her brown studies, and general inattentiveness (patients have complained) and her habit of turning normal dental hygienist chit-chat into a litany of existential woes and complaints, all in code, of course, nothing overt, when she says "my cat Nigel," she means her husband Brad, as in "My cat Nigel was overly sensitive to my condition, and when the pains became unbearable, he fled one night after I inadvertently left the back door open taking the trash out."

Douglas Glover is the author of five story collections, four novels, four books of literary nonfiction. In 2007, he was given the Writers’ Trust of Canada Timothy Findley Award for an author in mid-career. His novel Elle won the 2003 Governor-General’s Award for Fiction and was a finalist for the IMPAC Dublin Literary Award. Elle was adapted for the stage by the actress Severn Thompson and premiered at Toronto’s Theatre Passe Muraille in 2016. Glover’s story collection A Guide to Animal Behaviour was a finalist for the 1991 Governor-General’s Award. His stories have been frequently anthologized, notably in The Best American Short Stories, Best Canadian Stories, and The New Oxford Book of Canadian Stories. He was the subject of a TV documentary in a series called The Writing Life and a collection of critical essays, The Art of Desire, The Fiction of Douglas Glover, edited by Bruce Stone. Glover was the publisher and editor of the monthly magazine Numéro Cinq from 2010 to 2017.  He edited the annual Best Canadian Stories from 1996 to 2006. His most recent book was The Erotics of Restraint: Essays on Literary Form (2019).