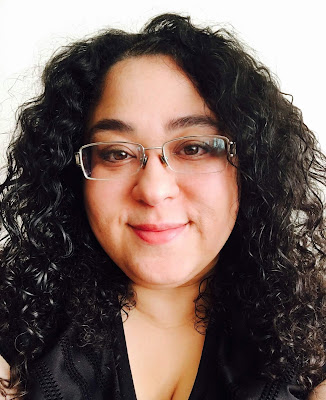 above/ground press author natalie hanna, publisher of battleaxe press, was recently announced as the honourable mention to this year's annual Diana Brebner Prize. Congratulations! above/ground press has been fortunate enough to publish three chapbooks by hanna over the years, including “this evidence against you,” produced as STANZAS #21 (October 1999; copies are available, but extremely limited) as well as the more recent dark ecologies (2017) and CONCEALED WEAPONS / ANIMAL SURVIVORS (2018), both of which are still very much available.

natalie hanna is a queer, feminist, ottawa lawyer, of middle-eastern descent working with low income populations. her writing focuses on feminist, political, and personal themes. She runs battleaxe press (small poetry press) / is the Administrative Director of the late lamented Sawdust Reading Series / served as newsletter editor and board member at Arc Poetry Magazine. She has published nearly a dozen poetry chapbooks to date, and her work, interviews, have appeared online and in print in various publications, including with Literary Landscapes, In/Words Magazine, phafours press, Hussy Press, Bywords, the Dusie Blog, the Chaudiere Books Blog, Canthius, shreeking violet press, and Peter F. Yacht Club, among others.

The Diana Brebner Prize [see my 2012 profile on the award here] is awarded yearly for the best poem writ­ten by a National Cap­i­tal Region poet, who has not yet been pub­lished in book form. The prize hon­ours the late Diana Breb­ner, an award-winning Ottawa-based poet who was devoted to fos­ter­ing lit­er­ary tal­ent among new, local writers.

This year the judge for Arc’s Diana Brebner Prize was Ian Letourneau. As the winner of the $500 prize, he selected Dawn Steiner’s poem “Morning Walk,” as well as choosing Natalie Hanna’s “light conversation” for the honourable mention. Dawn Steiner had work in the above/ground press workshop anthology assignment: zero (2015).

The poets will be honoured and will read their poems at the 2019 Lampman Award Shortlist Reading, on October 3rd, 2019.