This is the eighth in a series of short essays/reminiscences by a variety of authors and friends of the press to help mark the quarter century mark of above/ground. See links to the whole series here. 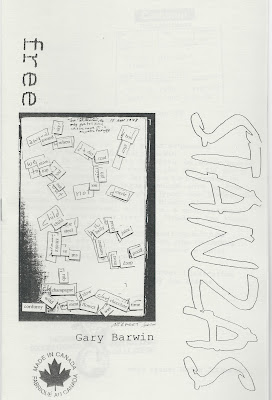 My basement flooded last spring. I’m finally getting around to sorting out what’s left after we had to get rid of those things that didn’t survive the flood. Unicorns and sinners. But I lost a bunch of diaries and sketchbooks filled with angsty teenage scrawlings as well as some photos of the kids and some very pretentious work for string quartet from grad school. It’s been sad, but, at the same time, there are many boxes which survived the deluge. Forgotten boxes. Mystery boxes. Who knew what was in them? One thing that has been a great delight is uncovering a vast number of small press publications which I’ve collected since I was about 18 and first moved to Toronto. I didn’t remember that I had these old friends.

Among these are a substantial number of above/ground publications. How did they come to be in my damp basement? They’ve come with me through many moves.  Many were handed to me by rob at some reading or other, some were mailed, some I bought at small press events or readings. Though I know rob is diligent about sending work to subscribers, friends of the press, and other interested parties, and is a tireless reading and bookfair organizer, I think of above/ground press distribution as ambient. It’s there even when you don’t know it. The publications end up everywhere. There’s some below ground above/ground rhizomatic network which connects this work with readers. It’s not a showy release with heralds blasting away on flag-festooned trumpets, but something so constant that it just becomes part of the environment. The work finds its readers.

Congratulations, rob and above/ground press. And thanks. 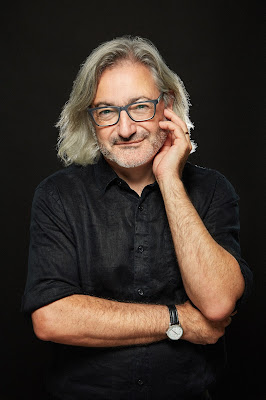 Gary Barwin is a writer, musician and multimedia artist and the author of 21 books. His bestselling novel, Yiddish for Pirates won the Stephen Leacock Medal for Humour, the Canadian Jewish Literary Award, and the Hamilton Literary Award and was shortlisted for the Scotiabank Giller Prize and the Governor General’s Award. His latest book is No TV for Woodpeckers. His latest chapbooks are Broken Light (Penteract Press, 2017) and Quantum Typography (Timglaset Editions, 2018.) He is currently Writer in Residence at McMaster University and the Hamilton Public Library. garybarwin.com

Barwin is the author of four above/ground press chapbooks, including “SYNONYMS FORFISH,” STANZAS #26 (March, 2001) and Seedpod, Microfiche (2013), as well as two collaborations forthcoming in March 2018: PLEASURE BRISTLES (with Alice Burdick) and gravitynipplemilk anthroposcenesters (with Tom Prime).