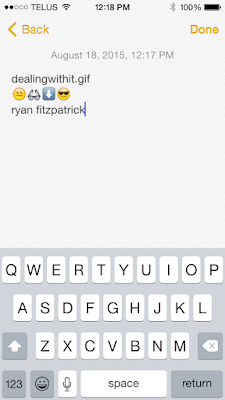 Here’s To Shutting Up


I considered just standing here silently, but
isn’t that part of the problem too? Since I could
own your responses? Pat yourselves on the back.

Problem: my mic is on, so what do I do? Maybe
I’ll share my work with you. But it’s scary, you
wonder, how many people can I really open up to?

What modes of dissemination are appropriate?
If I photocopy The Protocols of the Elders of Zion
to hand out, is that like tweeting Gone with the Wind?

Free speech is all I have except everything. And
won’t gay weddings actively persecute me? Isn’t
crying censorship a live performance of 4’33?

ryan fitzpatrick is a poet and critic living in Vancouver. He is the author of two books of poetry: Fortified Castles (Talonbooks, 2014) and Fake Math (Snare, 2007). With Jonathan Ball, he co-edited Why Poetry Sucks: An Anthology of Humorous Experimental Canadian Poetry (Insomniac, 2014). With Deanna Fong and Janey Dodd, he works on the second iteration of the Fred Wah Digital Archive (fredwah.ca). He is a PhD candidate at Simon Fraser University, where he works on contemporary Canadian poetics after the spatial turn.

Produced, in part, as a handout for PHILALALIA, the three-day small press/art fair, September 17-19, 2015 in Philadelphia PA. Thanks much to Kevin Varrone for his help and support.

To order, send cheques (add $1 for postage; outside Canada, add $2) to: rob mclennan, 2423 Alta Vista Drive, Ottawa ON K1H 7M9 or paypal at www.robmclennan.blogspot.com
Posted by rob mclennan at 2:00 PM