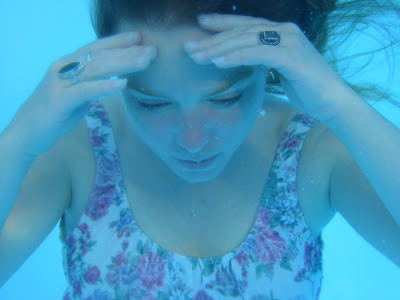 Deborah Poe’s books include Our Parenthetical Ontology (CustomWords 2008), Elements (Stockport Flats 2010), Hélène (Furniture Press 2012), and the last will be stone, too (Stockport Flats Press 2013). She has several published chapbooks, most recently Keep (above/ground press 2012). Deborah co-edited Between Worlds: An Anthology of Contemporary Fiction and Criticism (Peter Lang 2012) and is currently co-editing In/Filtration, a book of Hudson Valley New York innovative poetics, which will be published by Station Hill Press in 2013. Deborah's work is forthcoming, or has appeared recently, in Coconut, Handsome, The Volta's Medium, and Denver Quarterly. For more, please visit www.deborahpoe.com.

Wanda O'Connor is a graduate of Concordia’s Creative Writing and Classics programs, and most recently completed an MA in Literature with a considerable focus on Robin Blaser’s stunning carmen perpetuum. damascene road passaggio is an excursus through transitions of semi-tones and silence, possessing no address nor addressee nor gaze nor superior flattery. Wanda is currently at work on a long poem manuscript and is an editor at Lemon Hound.

Lauren Turner is an Ottawa-based poet and a recent graduate of Queen’s University. She is the recipient of the 2012 Diana Brebner award. Her poetry has previously appeared in several publications, such as Arc Poetry Magazine, Geist, ottawater, and various campus journals, as well as in the anthology Lake Effect 5 edited by Carolyn Smart.
Posted by rob mclennan at 11:30 AM