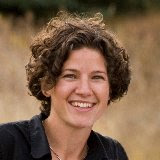 Sonia Saikaley was born and raised in Ottawa. She grew up in a traditional Lebanese household and much of her writing is influenced by her rich Middle Eastern heritage. She has taught English in Japan. Her fiction and poetry have appeared in Still Point Arts Quarterly, Things Japanese: A Collection of Short Stories, Maple Tree Literary Supplement, and the anthology Lavandería - A Mixed Load of Women, Wash, and Word. She is a graduate of the Humber School for Writers and the University of Ottawa. Her first book, The Lebanese Dishwasher (Quattro Books, 2012), was co-winner of the 2012 Ken Klonsky Novella Contest. Her poetry collection Turkish Delight, Montreal Winter (TSAR Publications) will be published in the fall 2012.

When Victoria Dunn, author of Alice Hearts Welsh Zombies, is not busy writing, she's the ultimate Bond girl, intelligent, accomplished and stunningly beautiful. Men of action fall helpless at her feet every day. She doesn't just blow smoke off her pistol—she blows smoke rings. In a parallel universe, Victoria Dunn is the evil hive mind of Victoria Higgins and Meghan Dunn. Victoria has waged a life-long battle against depression and is a recovering perfectionist who performs with Stand Up for Mental Health (www.standupformentalhealth.com/). She currently works at the local independent bookstore, because what else can you do with a degree in Religion, Sociology and Anthropology? Meghan spent several years with the Canadian Army Reserve before putting down her rifle to study Classical History. She hated selling frozen yogurt, loved working at a comic book store, and has never met a handcraft she doesn't adore. Meghan is happily married, and the mother of two teenagers who are very impressed by her expertise in zombiology.

Dirt of Ages is Gillian Wigmore’s second book.  Her first, soft geography, won the 2008 Relit award.  Her work has been published in magazines, short listed for prizes, and anthologized.  She lives in Prince George, BC.

Michael Lithgow is a PhD candidate in the School of Journalism and Communication. His poetry has appeared in Arc Magazine, The New Quarterly and Fiddlehead. Selections of his work have been included in Rutting Season (Buffalo Runs Press, 2009) and Undercurrents: New Voices in Canadian Poetry (Cormorant Books, 2010).  His first solo collection, Waking in the Tree House, was published in Spring 2012 by Cormorant Books. He is currently a contributing editor at www.ArtThreat.net, research associate with the Canadian Alternative Media Archive project, and director of www.OpenMedia.ca.  His doctoral research explores aesthetics, truth and dissent in digital and performance cultures.