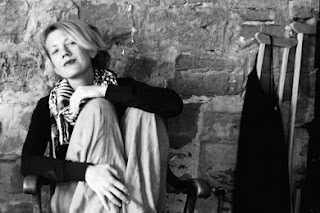 Paige Ackerson-Kiely‘s first collection, In No One’s Land, was chosen by DA Powell and published by Ahsahta Press in 2007. Her second book, My Love is a Dead Arctic Explorer (Ahsahta, 2012)  began as a response to Admiral Richard E. Byrd’s memoir Alone, and is concerned with exploration, leave-taking and thwarted journeys. Paige has also published a chapbook of prose poems, Book About a Candle Burning in a Shed (above/ground 2011) and a letterpress art folio, This Landscape (Argos, 2010).  Her poems have appeared widely in journals here and abroad, and have been translated into several languages. She is the recipient of numerous awards and fellowships for her work from such organizations as Poets & Writers, The Jentel Foundation, Vermont Arts Council and others.

Currently Paige lives in West Addison, Vermont where she is employed at a homeless shelter in a neighboring town. In her spare time she co-edits the poetry annual A Handsome Journal, a subsidiary of Black Ocean (Cambridge, MA.) She is working on a second novel, Made to Lie Down in Green Pastures, a third collection of poetry, and a lyrical comic book illustrated with medium format photographs and centered around the life of Kate Marsden, particularly her time spent in Siberian leper colonies.
http://www.versefest.ca/poets/paige-ackerson-kiely/