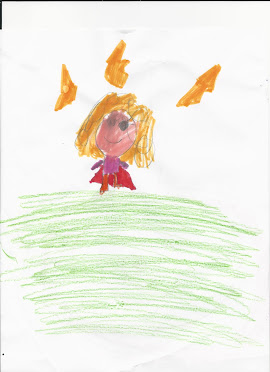 THIRTY YEARS! The race to the half-century continues! And with more than TWELVE HUNDRED TITLES produced to date, there’s been a ton of above/ground press activity over the past year, including some THIRTY-FOUR CHAPBOOKS (so far) produced in 2022 alone (including poetry chapbooks by Geoffrey Nilson, Genevieve Kaplan, Melissa Spohr Weiss, Lori Anderson Moseman, Christopher Patton, Leigh Chadwick, Ken Norris, Grant Wilkins (with a further forthcoming!), N.W. Lea, Jed Munson, David Miller, Matthew Gwathmey, Michael Boughn, Laura Kelsey, Russell Carisse, Saba Pakdel, Jérôme Melançon, Marita Dachsel (with a further forthcoming!), Anne Tardos, Vivan Lewin, MLA Chernoff, Wade Bell, Joanna Arnott, Rob Manery, Lillian Nećakov, Amanda Earl, Karl Jirgens, df parizeau, Wanda Praamsma, Lydia Unsworth, Michael Schuffler, rob mclennan, Natalie Simpson and Nate Logan, all of which are still in print), as well as a chapbook anthology guest edited by Stephen Collis, Calling to the Sun: Poems for Isabella Wang, issues of the poetry journals Touch the Donkey [a small poetry journal], G U E S T [a journal of guest editors] (with recent issues guest-edited by David Dowker, Kyle Flemmer and Castle Guestskull, edited by Micah Ballard and Garrett Caples, with an issue forthcoming guest-edited by Sara Lefsyk) and a virtual issue of The Peter F. Yacht Club (there hasn’t been as many print issues of this since pandemic began, but expect a new issue in early 2023, as the world begins to properly open up again). Usually I’m producing more individual chapbooks throughout the year, but 2022 also saw the introduction of the Report from the Society series, produced as individual festschrifts (as this period could use some more positive) celebrating the work of Stephen Brockwell, Amanda Earl, Stuart Ross, Kate Siklosi (two volumes!), Elizabeth Robinson, Monty Reid, Cameron Anstee, Phil Hall, Gregory Betts and Sarah Mangold. And there are plenty more coming! Part of the fun is that none of the subjects have a clue the projects are even happening until finished copies land on their doorstep.

The Factory Reading Series is gearing up for some events again soon (I have yet to get on that), but have you seen the virtual reading series over at periodicities: a journal of poetry and poetics (with new monthly online content, by the way; the pandemic-era extension of above/ground press). And at least we’ve the ottawa small press fair opening up again, with our next fair scheduled for Saturday, November 12.

Anniversaries are the best. Remember that stack of essays by above/ground press authors to help celebrate the twenty-fifth anniversary, or the anthology to help celebrate the twentieth? There’s already work underway on the third anthology, celebrating the third decade of the press, scheduled for next year with Invisible Publishing! (and I still have a couple of copies of the first anthology available, if anyone is interested)

2023 annual subscriptions (and resubscriptions) are now available: $75 (CAN; American subscribers, $75 US; $100 international) for everything above/ground press makes from the moment you subscribe through to the end of 2023, including chapbooks, broadsheets, The Peter F. Yacht Club and G U E S T and quarterly poetry journal Touch the Donkey (have you been keeping track of the dozens of interviews posted to the Touch the Donkey site?). Honestly: if I’m making sixty or seventy titles per calendar year, wouldn’t you call that a good deal? I mean, it all does seem ridiculous.

Anyone who subscribes on or by November 1st will also receive the last above/ground press package (or two or three) of 2022, including those exciting new titles by all of those folk listed above, plus whatever else the press happens to produce before the turn of the new year, as well as Touch the Donkey #35 (scheduled to release on October 15), featuring new work by Garrett Caples, Sheila Murphy, Stuart Ross and Brenda Coultas, as well as a fantastic new collaboration between Chris Turnbull and Elee Kraljii Gardiner. Can you believe the journal turns nine years old next spring?