This is the eighteenth in a series of short essays/reminiscences by a variety of authors and friends of the press to help mark the quarter century mark of above/ground. See links to the whole series here. 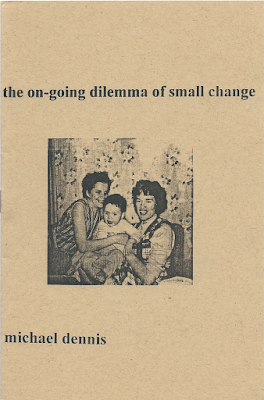 rob is someone I’ve known for over 25 years, a quarter of a century.  When I first met rob he was literally bursting at the seams with poetry energy and ideas.

I don’t remember exactly when he started above/ground but I know he was kind enough to publish at least two chapbooks for me, and include me a few of his magazines/anthologies. That’s what I remember. Not the press itself but rob’s energetic enthusiasm for poetry. above/ground just feels like it has always been here and I feel very lucky to have participated in a minor way.
For me it was a big deal when rob asked me for a chapbook. It meant that my work would see the light of day when there was no one else who had any interest and it meant quite a lot to me that rob – above/ground press – was willing to put their neck out.
The sheer volume of production is astounding. When you take a closer look you’ll find that above/ground has published an entire generation of Canadian poets. And that’s something to be very proud of. When above/ground started it had all the appearances of a short term and small time publishing deal. Now, many years later, you could make an entirely decent poetry library out of the chapbooks that above/ground has produced.
My big project in recent years has been “Today’s book of poetry” and it was influenced in no small way by rob mclennan’s example.  above/ground press is the Honey Badger of Canadian poetry.  A vision made real. 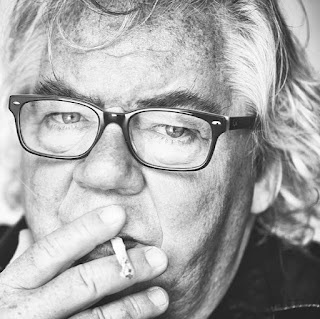 Michael Dennis published his first chapbook, quarter on its edge, in 1979. Since then he has published several books and over a dozen chapbooks, his work has appeared in numerous magazine and journals. In April of 2017, Anvil Press published Bad Engine — New and Selected Poems, edited by Stuart Ross.
Dennis was born in London, Ontario, grew up mostly in Peterborough, Ontario and has resided in Ottawa, Ontario for the last thirty years. He lived in P.E.I. for year in the mid-80s and Czechoslovakia in 1989–90.
For the past few years Dennis has been producing a blog, Today’s book of poetry where he writes about books of poetry he admires. He posts a new blog every two or three days. So far Dennis has written blogs about 509 contemporary books of poetry.
Dennis is semi-retired from a career of varied employment. Dennis has installed public art for the Canada Council Art Bank, the Canadian Museum of Civilization, the Ottawa Art Gallery and numerous other arts organizations. He ran a small boutique hotel, The Cartier Inn. He drove taxi and trucks, worked in an ice-cream factory, worked on the motor line at Ford in Windsor, Ontario for a couple of years, a copper mine in northern Ontario. Dennis opened his own non-profit English as a second language school in Jablonec nad Nisou, Czechoslovakia and so on. Now he is supported by his wife and lives the life of luxury afforded most poets.
Dennis is the author of two above/ground press chapbooks, including the on-going dilemma of small change (1995) and what we pass over in silence (1996).