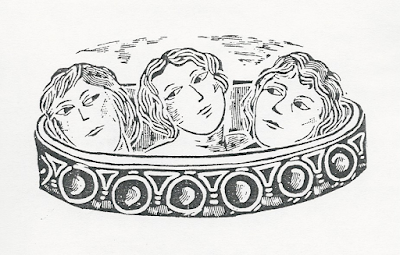 Three Bloody Words was originally produced through above/ground press in an edition of 300 copies, May 1996. It subsequently appeared in the anthology Groundswell: the best of above/ground press, 1993-2003 (Fredericton NB: Broken Jaw Press / cauldron books, 2003), edited by rob mclennan.

This is Stephanie Bolster’s third above/ground press chapbook, after the original Three Bloody Words (1996) and Biodome (2006).

To order, send cheques (add $1 for postage; outside Canada, add $2) to: rob mclennan, 2423 Alta Vista Drive, Ottawa ON K1H 7M9 or paypal at www.robmclennan.blogspot.com
Posted by rob mclennan at 10:00 AM