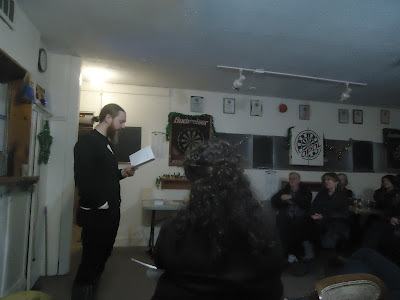 The evening held a myriad of short readings by PFYC regulars and even an irregular, including Anita Dolman, Christine McNair, D.S. Stymiest, Faizal Deen, Amanda Earl, Chris Johnson, Roland Prevost, Frances Boyle and rob mclennan (with absences by Jason Christie, Chris Turnbull, natalie hanna, James Moran, Cameron Anstee, Vivian Vavassis and Claire Farley, all of whom were sorely missed), with an unexpected appearance by new father N.W. Lea (we had a copy of his most recent above/ground press title handy, so managed to convince him to read), and Nova Scotia poet E. Alex Pierce, who gave a short reading as well. Apparently Pierce was in Ottawa for part of the holidays, and Basma Kavanagh sent her an email and told her to get herself down to the tavern, because of all the poets that would be there! 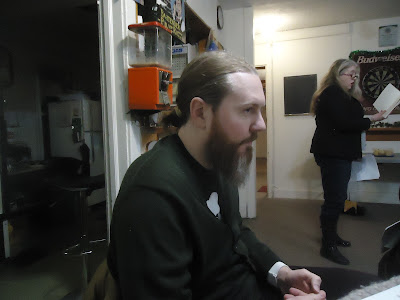 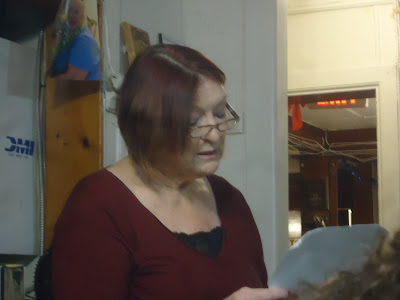 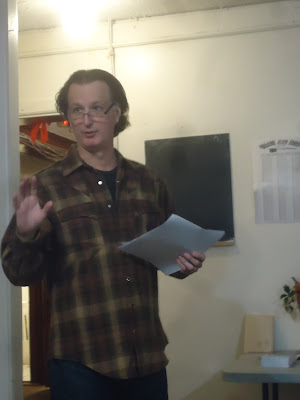 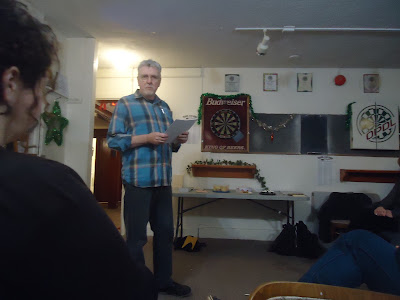 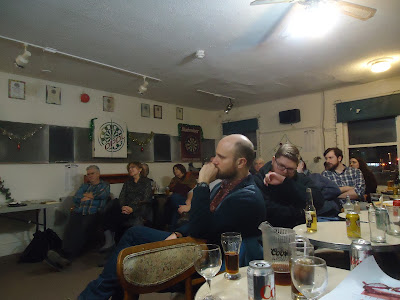 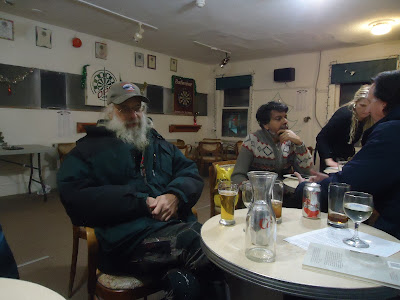 [above: Roland Prevost; crowd scene including Josh Massey; post-reading w jwcurry, Faizal Deen + D.S. Stymiest] Christine and I made a point of reading from works-in-progress (as well as a poem I wrote the day after our prior PFYC Christmas gathering), her from a series of poetry and prose sections on her experience with preaclampsia, and myself a short story in-progress, one of the three I've been actively working on over the past few months. It was good to hear pretty much the entire group reading from new or recent work, from recently-polished poems to completely unfinished works, including a longer piece by Faizal Deen we're hoping will soon make it into an above/ground press chapbook (a section of the same work appeared in the tenth issue of Amanda Earl's experiment-o). 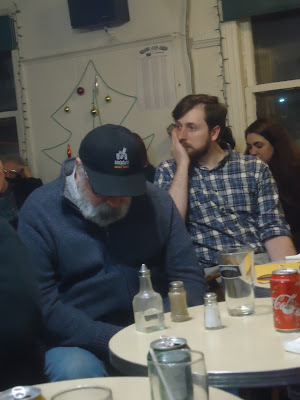 [Monty Reid and Chris Johnston, listening] And yes, I made cookies (lemon icebox and sugar) and everyone loved them. And Frances made cookies also, which were also loved.
Posted by rob mclennan at 1:03 PM