Ryan Pratt on Amanda Earl's The Sad Phoenician's Other Woman 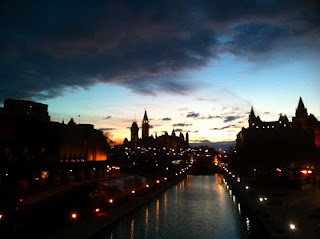 Ryan Pratt talks about Ottawa, and Amanda Earl's (still available!) The Sad Phoenician's Other Woman (2008), the second of her three above/ground press chapbooks, over at his blog. See the original piece here. Thanks, Ryan!


Emotional geography & a trip to Ottawa!
Rainy chatter, droplets peppering the glass and deep breezes moaning through the sliver. Beyond the odd exchange between my cat and I, the day has been especially still, spent reading, reviewing and writing poetry. Pretty great.

Afterwards, when I turned to work on a manuscript of my own, I realized that one of the main things I enjoy about The Sad Phoenician’s Other Woman – how Earl roots so many unique and intimate stories to Ottawa’s restaurants, hotels, apartments and familiar landmarks – is that sense of emotional geography, so to speak: the intersections and surroundings that stain our memory, and/or vice versa. It’s something I cannot help but do myself when I write, calling upon a sense of place to make sense of the place. A hotel may be just a room with a bed and bath but anyone who has stayed in one likely attaches its memory to something deeper, fed by criteria including (but not exclusive to): their company or lack thereof, their feelings toward being there, toward themselves, the city, the room-service, and onward.

My manuscript began in Ottawa about Ottawa. Over time it curled around the idea of feeling a sense of home with the knowledge of eventually abandoning it. I think this manuscript sharpened in scope when I did move away, creating a contrast of space and belonging that I never would've written from one committed postal code, but now my home’s drifting again. Sure I’m sitting on nearly forty poems now (which for a single, unfinished project, is a lot to me) but, as my focus tightens, certain poems fall out of the greater theme, becoming solo poems to shop around. And hopefully, leaving space for future ones to slide in.

We’re all influenced by our surroundings, for better or worse. For years I moved from city to city and let my muse roll with the hand it was dealt. But lately, I feel as though the trajectory of this collection is beginning to lead me, as if I’m teaching myself subconsciously where I want to exist.

So it’s with equal parts excitement and trepidation to tack on that I’ll be returning to Ottawa next weekend, Saturday through Tuesday, with nothing planned outside of seeing friends and places I’ve gone several months without. Maybe a few days writing in Ottawa again will finally knot this manuscript shut. Or maybe it’ll spill all over the place. When it lets me know, I’ll let you know.