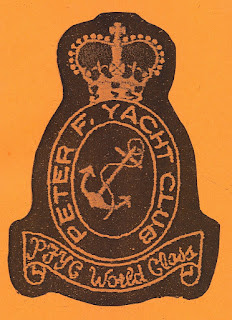 $5 / +$2 for postage/shipping
above/ground press subscribers rec' a complimentary copy
with new writing by:

This issue comes out of an informal writing/social group that the four of us (all, but for myself + Lainna, completely unaware of each other previously) started within weeks of my arrival in Edmonton, coming together slowly from mid-September, 2007. The title makes reference to a previous publication of four poets in roughly the same format, in by one, out by four (suggesting just how quickly the little publication was put together) [see my note on such here] in Edmonton in 1980, featuring the poetry of then-Edmonton poets Douglas Barbour (the only one still here), George Melnyk (now in Calgary), Monty Reid (now in Ottawa) and Stephen Scobie (now in Victoria, BC). This little publication is dedicated to them—rob mclennan, March 08, Edmonton AB..
Jeff Carpenter is currently acting as Acting Director of the Alberta Research Group. National Anther is a sequence of acrostics using ten lines from Michael Palmer’s First Figure (1984). Several other constraints were built in to play off the book/folio form whilst riffing off some unlikely couplings from Canadian literature (and beyond). Reading aloud exercises tongues and lungs and minds’ Is. Fast as you can. ☺ Trisia Eddy lives and writes in and around Edmonton, Alberta. Her work has been broadcast on radio, and has appeared both online and in print, most recently with ditchpoetry.com, Perspectives Magazine, Existere, and fait accomplit. She is the founding editor of red nettle press, which released her chapbook, what if there's no weather, in 2007. An upcoming series of red nettle poets is set to be released in 2008. ☺ Lainna Lane has lived in Ottawa, Vancouver, and most recently Edmonton where she is very slowly completing her English and Comparative Literature degree at the University of Alberta. She finances this by working in an office tower guarded by peregrines. When not in office or school she enjoys traveling, working at Other Voices literary magazine, playing dodgeball, and mixing a mean mint julep. She has one publication in this year's student edition of the Olive Reading Series chapbook.☺ rob mclennan is the beginning and the end (or something); the author of thirteen trade poetry titles, he is the author of a novel (white, The Mercury Press) and two non-fiction titles (Ottawa: The Unknown City, Arsenal Pulp; subverting the lyric: essays, ECW Press), and will be launching another on the University of Alberta Bookstore’s espresso book machine in late May. He is (and was) the 2007-8 writer in residence at the University of Alberta in Edmonton☺
coming in May; The Peter F. Yacht Club #11, "Edmonton issue" part two!
related links: information on issue #9 ; information on issue #8 ; photos/report of the Ottawa launch of #8 ; information on issue #7 ; photos/report of the reading/regatta for issue #5 ; Amanda Earl's review of Laurie Fuhr's issue #5/6 (mis-numbered Calgary special) ; information on that issue ; 2008 subscription info w/ some backlist ;
Posted by rob mclennan at 4:30 PM