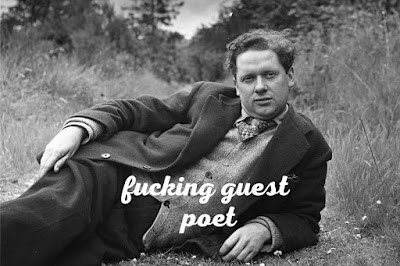 The British e-newsletter Fucking Poetry solicited me as a guest-editor recently, and I thought it would be interesting to include, as my issue, poems from five recent above/ground press titles: Natalie Lyalin's Short Cloud (2019), Alice Burdick's A Holiday for Molecules (2019), Jane Virginia Rohrer's Fake Floating (2019), Stuart Ross' 10 TINY POEMS (2019) and John Newlove's THE TASMANIAN DEVIL and other poems: Twentieth Anniversary Edition (2019). You can find a web version of the issue here, with the five poems, as well as an excerpt of my needlessly-long introduction, which I include in full, below (why would you include that? ugh):


Given my chapbook press, above/ground press, recently celebrated twenty-six years, I thought it would be interesting to select five poems from titles that have appeared with the press throughout this year. This was tricky, given I’ve already produced some three dozen titles or more since January. For the length and breadth of the press, it has run entirely around my enthusiasms as a reader, with new titles appearing as often as my energies and cash-flow might allow. I produce works that excite me, so I can then distribute them to others, in the hopes that they, too, will become excited.

2018, the press’ twenty-fifth year, saw the publication of sixty-seven chapbooks, as well as four issues of the quarterly Touch the Donkey [a small poetry journal], an issue of The Peter F. Yacht Club, and the debut issue of G U E S T [a journal of guest editors] (a new issue of which appears every two months), as well as further bits of ephemera. With the press some three dozen titles away from an accumulated one thousand titles, I would offer that my enthusiasms are more than most, and I’ve been fortunate enough to be able to produce numerous first chapbooks by now well-known writers, as well as new publications by an array of established poets, with half the titles any given year by Canadian authors, and the remaining by American authors (with the occasional further-flung poet appearing as well).

There is an incredible amount of great writing that exists out there in the world. Is it any wonder I’m enthused?