Frances Boyle is interviewed on the Big Little Books podcast, and has a new short story up at The /tƐmz/ Review; Dani Spinosa has a new visual poem up at Train : a poetry journal; Gary Barwin posts the text of a talk he recently gave as part of his writer-in-residence gig at Wilfrid Laurier University; and rob mclennan has a new poem upon his enormously clever blog.
Posted by rob mclennan at 10:00 AM No comments:

new from above/ground press: Poems for Lunch Poems at SFU, by rob mclennan

If I were to pin my favourite quotes,
this wall might collapse.

Stitched from fragments, and held,
for an instant.

Everything destroyed, Spicer wrote,
must be tossed.

There is always a truth, you wrote,
to such restlessness.

The elegy speaks to an absence
both unexpected

and abrupt. Applies
lyric pressure. She speaks to me

as capital. Echo, across
these crystalline structures. Poem

as carved diamond, or
a certain uneven panic.

The heart, in whatever language, wants, or
does not care. Incorporate this into what

we have already learned. The water heater
sound like a bird. The furnace

published in Ottawa by above/ground press, in part for a reading with Christine McNair in Vancouver on February 19, 2020 as part of Lunch Poems at SFU, with special thanks to Renée Sarojini Saklikar, Simon Fraser University and The League of Canadian Poets.
a/g subscribers receive a complimentary copy

Born in Ottawa, Canada’s glorious capital city, rob mclennan currently lives in Ottawa, where he is home full-time with the two wee girls he shares with Christine McNair. The author of more than thirty trade books of poetry, fiction and non-fiction, he won the John Newlove Poetry Award in 2010, the Council for the Arts in Ottawa Mid-Career Award in 2014, and was longlisted for the CBC Poetry Prize in 2012 and 2017. In March, 2016, he was inducted into the VERSe Ottawa Hall of Honour. His most recent poetry titles include A halt, which is empty (Mansfield Press, 2019) and Life sentence, (Spuyten Duyvil, 2019) and the perpetually-forthcoming Household items (Salmon Publishing). An editor and publisher, he runs above/ground press, Touch the Donkey (touchthedonkey.blogspot.com) and the Ottawa poetry pdf annual ottawater (ottawater.com). He is “Interviews Editor” at Queen Mob’s Teahouse, editor of my (small press) writing day, and an editor/managing editor of many gendered mothers. He spent the 2007-8 academic year in Edmonton as writer-in-residence at the University of Alberta, and regularly posts reviews, essays, interviews and other notices at robmclennan.blogspot.com 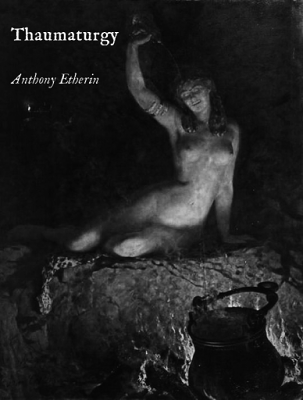 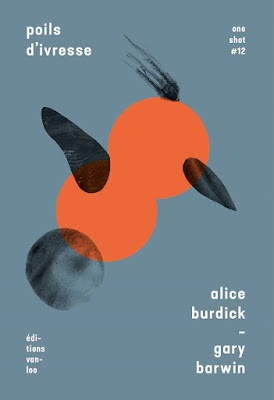 Alice Burdick and Gary Barwin's 2018 above/ground press collaboration, PLEASURE BRISTLES, has been translated into French by Canadian translator Simon Brown, and has been published in France! You can order a copy directly from the publisher, Editions Vanloo, and of course, the original English edition is still very much available.
Posted by rob mclennan at 10:00 AM No comments: 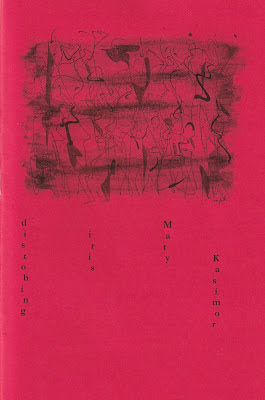 John C. Goodman was good enough to provide the first review of Mary Kasimor's disrobing iris (2019) over at Otoliths; thanks so much! You can see the original review here.


In disrobing iris, Mary Kasimor engages us in a continuing dance of connection and alienation combined in a dazzling balance of control and abandon. The book is intensely personal, exploring a sense of “the ownership of loss”, lost beauty (“she was once beautiful”), lost opportunity (“possibility/doesn’t know what it is missing”), and struggling to find an inner place in a world of fragments and memories, searching for a fearless grace in a fractured reality.These poems are about interconnectedness, especially the interconnectedness of the natural world contrasted with our alienation from it. There is a tension between fragmentation and connection reflected in the interplay between words and emotions. Kasimor uses the techniques of post-modernism to create a deeply emotional landscape, similar to the way Sylvia Plath used the techniques of Modernism to express her inner world. These poems fill out the relentless intellectualism of post-modernism with searing emotion. Although criticized for lack of feeling (“I am intellectual and cold”), Kasimor’s insensitive external persona is a cover for a chasm of emotional depth too painful to acknowledge (“I left my loss in the room/with gray walls – it slept with the rain”).In disrobing iris, we haven’t created a human world so much as deconstructed the natural world, which makes us question ourselves and search for the meaning in what we have done (“forcing/the eye/to find itself”). Nature tries to heal through ancient and eternal patterns, but finds the world too disfigured (“trembling     without a radius/in the     diagram     of broken lines”).Sewing, a traditionally feminine occupation, is a recurring theme as a way of threading things together (“ants restring broken air”), but also as a way of making boundaries (“of stitched culture”) and as a means of repression (“she knew all the stitches to close her mouth”). The feminine is lost in mirrors, make-up, dresses of spun sugar and fractured reflections (“girl babies in the window/the de-feminization of them”). The feminine is prevented from healing the world because women are culturally reduced to commodities (“the mass of little men/digging up my fingers—two for a dollar”, “to market love and atmosphere/for the impulses of men”).Sewing both connects us to and alienates us from meaning (“God’s life sewn shut”). The act of sewing becomes a means of revolt, making connections in a new way (“a new language of dropped stitches”) that disrupts the cultural rhetoric of oppression (“secrets/of cross stitch draw blood”), a revolution accomplished through small acts of reconnection with the natural world, achieved, not by the flamboyant ego (“I have an intuitive self-importance), but by the quiet small “i” persona (“i Sew/together the edges/to keep the Broken air/restrung”).disrobing iris shows how our emotional identity is bound to the physical and that alienation from the natural world (“I cannot locate myself/outside”) brings alienation from the self resulting in objectification (“a thing/shaped image. a talking device”). In the end, we need to listen to the natural world and participate the endless cycle of life (“logic grips the ceaseless”), for new beginnings always start with the mundane (life squatted giving birth./I wiped off the blood,/spent the evening watching television.”).


Posted by rob mclennan at 2:00 PM No comments: 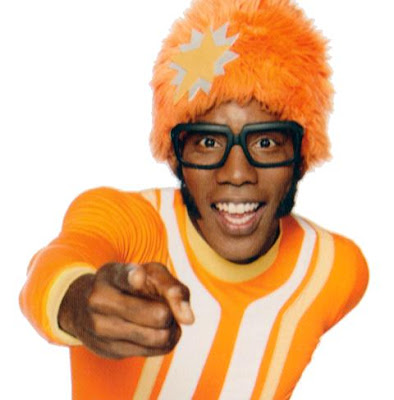 forthcoming author Rachel Kearney has a new essay in the "On Writing" series, via the ottawa poetry newsletter; Amanda Earl is interviewed at Train : a poetry journal; Dani Spinosa has a new essay celebrating 40-plus years of Stuart Ross' Proper Tales Press; Ben Robinson is interviewed over at Touch the Donkey; and rob mclennan's 'writing is hard' interview from 2016 is back online.
Posted by rob mclennan at 10:00 AM No comments: