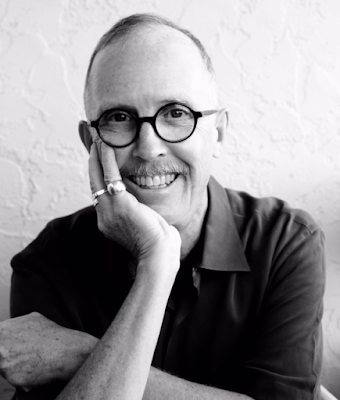 Poet, editor and above/ground press author John Barton has been named the latest Poet Laureate for the City of Victoria, British Columbia, alongside also-announced Youth Poet Laureate Aziza Moqia Sealey-Qaylow. Congratulations to you both!

See the official press release below:

Selected by nomination, the Poet Laureate serves as Victoria’s literary and cultural ambassador for a four-year term. The Youth Poet Laureate seeks to inspire and engage local youth to share their stories through both the written and spoken word, and serves a one-year term. Both are honorary positions that celebrate the contribution of literature and poetry in the capital city.

“We’re thrilled to welcome John and Aziza to their literary roles at the City of Victoria,” said Mayor Lisa Helps. “Our Poet Laureate and Youth Poet Laureate programs support and inspire the literary arts, enriching our lives and the community. We look forward to all that these two talented poets have to share.”

John Barton is an established poet and editor. Some of his 26 books, chapbooks, and anthologies include The Malahat at Fifty: Canada's Iconic Literary Journal (2017), Polari (2014), For the Boy with the Eyes of the Virgin: Selected Poems (2012), and Seminal: The Anthology of Canada’s Gay-Male Poets (2007).  A three-time recipient of the Archibald Lampman Award, Barton has also won an Ottawa Book Award, a CBC Literary Award, and a National Magazine Award. He will publish We Are Not Avatars: Essays, Memoirs, Manifestos, his first book of prose, with Palimpsest Press and The Essential Douglas LePan with Porcupine's Quill in the spring of 2019. Signal Editions will publish his 12th collection of poems, Lost Family, a book of sonnets, in 2020. Since stepping down as the editor of The Malahat Review in January 2018, a position he held for 14 years, Barton now works as a freelance editor, writer, and mentor.

“As the City of Victoria Poet Laureate, I aim to broaden the local audience for poetry, to make readers more aware of the diverse community of poets in the greater Victoria region, and to provide support to LGBTQ2S poets working among us,” said John Barton. “Together, my fellow local poets and I shall hold up a mirror to the city where we live and invite the people who live here to see themselves anew.”

Aziza Moqia Sealey-Qaylow is a slam and spoken-word poet, as well as an honours graduate from Reynolds Secondary School. As the daughter of a Somali refugee and a seventh-generation Canadian, Aziza is a deeply connected to her culture and writes about the adventures of being in a mixed family. She’s an active volunteer within various parts of the community, has traveled to many European and African countries, and likes to view the world with an open mind.

"I'm really happy to have this opportunity,” said Aziza Moqia Sealey-Qaylow. “I love to learn from everyone I meet, and collaborate with open-minds."

A Call for Nominations for poets in the Capital Region was held in the fall. Applicants were required to have an established body of work (written or spoken word) and to have been recognized for notable contributions in their career. Submissions were evaluated by two peer committees comprised of representatives of the literary and poetry community. The Greater Victoria Public Library coordinated the selection process for the Poet Laureate, and the City coordinated the selection of the Youth Poet Laureate.

“John and Aziza will inspire people in our community to tell their stories through poetry,” said Maureen Sawa, CEO of the Greater Victoria Public Library. “We look forward to partnering with them to offer learning opportunities that showcase the power of words and self-expression.”

During the four-year term, the Poet Laureate is required to produce three new original works each year that reflect or represent ideas and issues of importance to the people of Victoria, and present, in-person, at significant City events, bi-monthly City Council meetings, the annual Victoria Book Prize Awards Gala, and other official functions upon request. In addition, the Poet Laureate hosts one project or activity per year to engage the community during Poetry Month in April, collaborates with the Greater Victoria Public Library on programs and workshops, and provides a year-long mentorship to the Youth Poet Laureate.

The Poet Laureate is an honorary four-year term position from January 1, 2019 to December 31, 2022. The position receives a $4,500 honorarium and $1,000 of project funding per year, in addition to administrative support from the City of Victoria.

The Youth Poet Laureate is an honorary one-year term position from January 1 to December 31, 2019. The position receives a $1,750 honorarium and $1,000 of project funding in addition to the one-year mentorship with the Poet Laureate and administrative support from the City of Victoria.

Victoria was the first municipality in Canada to have a Youth Poet Laureate. For more information, visit: www.victoria.ca/poetlaureate.