new from above/ground press: Signs of Our Discontent, by Arnold McBay and Gregory Betts 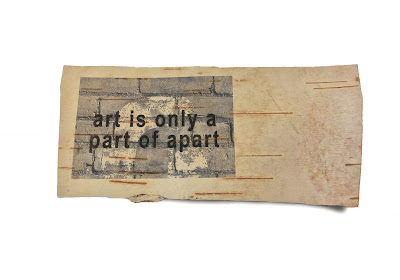 Signs of Our Discontent
Arnold McBay and Gregory Betts
$5 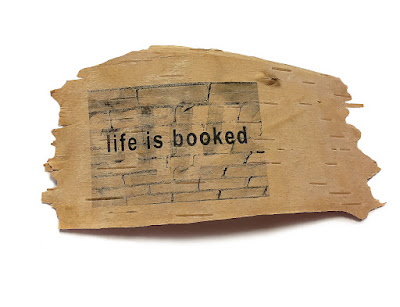 The Texture of our Solitudes

In a period of significant cultural flux, change means displacement as much as advancement. Marshall McLuhan notes that once a technology gets displaced, it becomes a source of art for the next technology. Rust-belted St. Catharines, Ontario bears the trace of many such displacements, evident in the ghost advertisements that haunt the sides of downtown buildings, promoting stores and products that no longer exist; failed claims on some kind of happiness. The relentless optimism of all advertising, with their promise of contentment by a simple purchase, presages a darker discontent of a life without those new goods or a life always bereft of the next new thing. In this way, the fetish value of goods in capitalism signals a discomfort with the cultural landscape that is always on the edge of euphoria and despair. Our project stands back from the relentless optimism of advertising and technological advancement by looking at these ‘Signs of Our Discontent’, by taking displaced technologies and products as this projective content. The texts in this book are stored inside defunct, displaced bulbs, and will be hung around the city as reflective echoes. Thus, an incandescent light bulb (lit up by LEDs, of course) is filled with a sheet of birch bark (the oldest form of local printing) decorated with slogans built from the ghost advertisements in the downtown. The electric age meets the Mad Men of a lost corporate world bent on a global pillage. These signs of our discontent, tossed like so many bottled messages against hope, are a series of LetraSet aphorisms for such atomistic times.


published in Ottawa by above/ground press
for the sake of the authors’ participation in KANADA KONCRETE, verbi-voco-visual poetries in the multimedia age conference at the University of Ottawa, May 4-6, 2018
a/g subscribers receive a complimentary copy

Arnold McBay is a mixed-media artist working in drawing, sculpture and installation. He teaches studio courses at Brock University and has led art workshops in public art galleries and high schools across Ontario. Gregory Betts is a poet and professor who works on experimental language and literature, and has published many books of various kinds. Together, they have performed sound poetry and improvisational music as Slanger (a duo), the Shiteaters (a four-piece group, previously featured at In the Soil), and, more recently, as TZT (a 5 or 6 piece outfit).